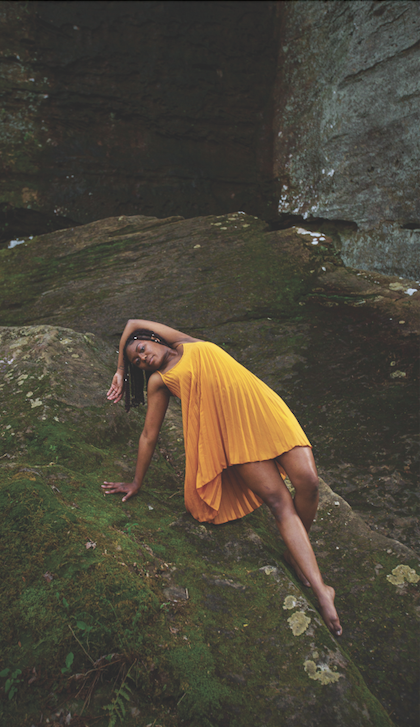 Your favorite place to dance:

Most definitely my bedroom. The space may be smaller than a studio, but it’s super cozy, and it is my safe haven.

A time you moved to a new place:

The first time I moved to a new place was when I moved into a home with my current roommates. We were ready to move out of the dorms and into our own spaces! It was a shock at first, feeling like we had more freedom, and we did! Along with all the other responsibilities that come with adulting.

In January, I won an entry to be a part of Yungblud’s music video “The Funeral,” but I could not attend the shoot because it was in Los Angeles the next day.

The color purple, anything cheetah print, pasta and soul food, animals (specifically cats of all sizes), and listening to podcasts in the mornings.

Something you’re grateful for:

One thing I’m entirely grateful for is my family. I would be extremely lost in this life of adulting without their guidance and wisdom.

Previous meet the model: De’Vontae Graham
Next Cheers to 100 years