meet along the way: Marilyn Morgan

This story was first published in the January 2022 issue of “The Best Years (TBY)” as “Stepping Out in Faith: Local writing workshop series to help people tell their story.” 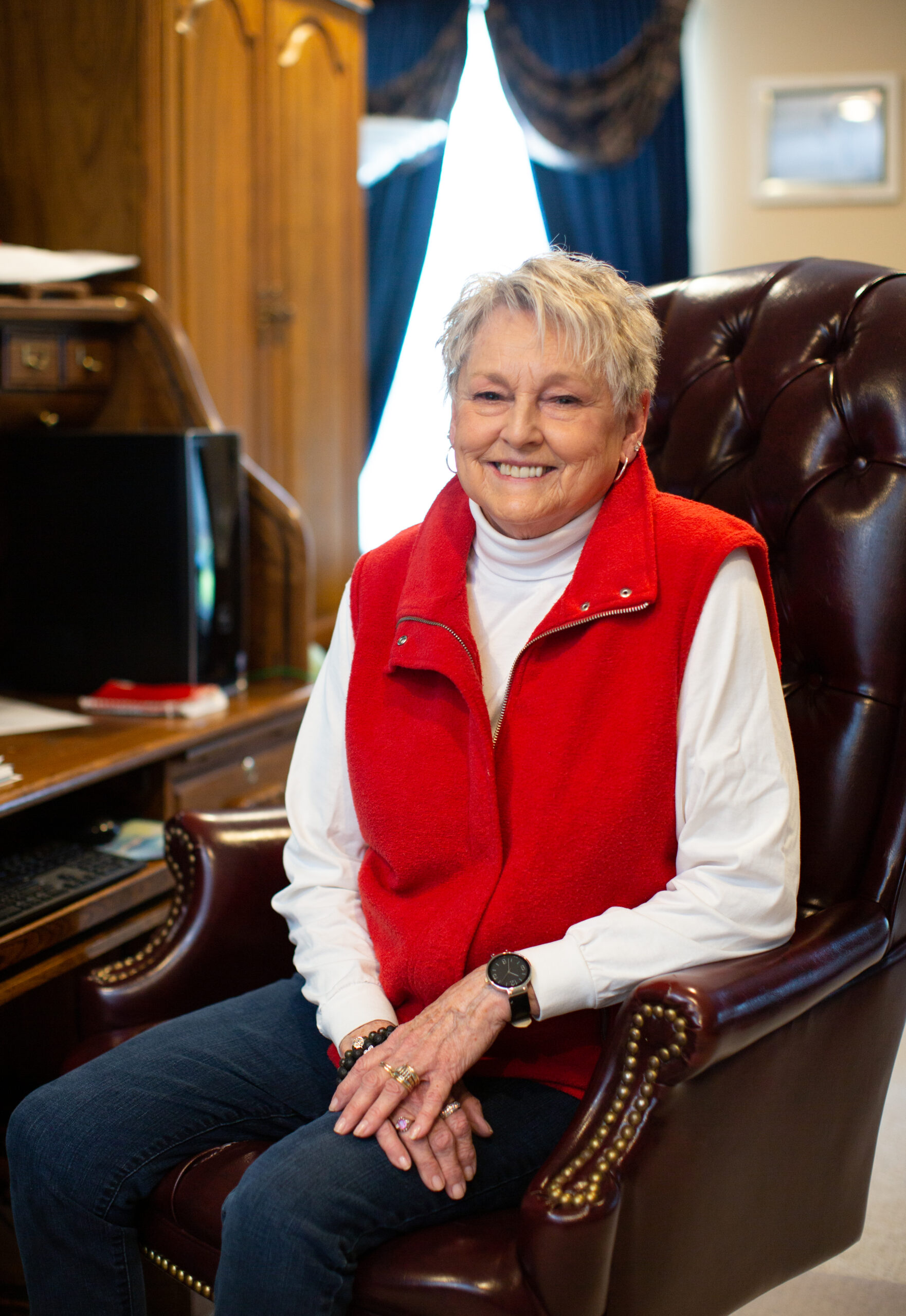 When Marilyn Morgan saw the impact the COVID-19 pandemic and the subsequent isolation had on her community in 2020, she knew she had to do something to encourage people. She began writing posts on Facebook for her friends. When she discovered through her church the online magazine and blog Kingdom Edge was taking applications for new writers, she decided to share her story further. An accident that left her in the hospital in late 2020 kept her from submitting an application to be a writer for the magazine on time, but after reaching out to Kingdom Edge director Amanda Flinn, she applied and became a regular contributor.

At 72 years old, Morgan says, “We’re supposed to share our story — and that’s what Kingdom Edge does for me; [it] not only [helps me] share my story, but [it] encourages others by doing so.”

Morgan looks forward to the upcoming Kingdom Edge writers’ workshop series “Tell Your Story” as an exciting opportunity to get involved and create a network. Morgan says her connections with other writers in the Cape Girardeau area have been eye-opening for her. In addition to finding her feet as a writer, she has also learned more about the craft and publishing through these relationships. Morgan says she’s felt welcomed and encouraged, “even though I’m a greenhorn.”

Equipping and empowering others like Morgan to tell their story is the driving force behind the upcoming workshop series, according to Flinn. This faith-based series is open to everyone from all writing backgrounds and motivations who are interested in growing closer with God and learning to tell their story in a way that connects it to a bigger story. The series will cover different topics each Thursday night in February, including discussions on the power of stories, becoming an observer of the world, improving writing craft and sharing stories. It’s also a chance to experience Flinn’s philosophies firsthand: Go in scared, don’t go it alone and build community.

Reaching people through storytelling is something Flinn knows a thing or two about. Her children’s book “Yoga Baby,” published in 2020, jumpstarted her foray into traditional publishing, and she’s since published devotions in the book “All God’s Creatures: 60 Days of Devotions for Animal-Loving Kids,” had a true story published in a “Chicken Soup for the Soul” collection, and has an upcoming children’s book, “God Made All Your Feelings,” set to release in February 2022.

Flinn, influenced by faith, felt called to writing before becoming involved with Kingdom Edge as a writer, then as the director, and has since discovered her passion for using stories to reach adults. With a mission of spreading the message of Jesus through daily blog posts and videos, Flinn says Kingdom Edge is growing a community of people connected by faith and inspired to live courageously while providing a positive space on the internet. The organization, according to the website, is guided by the commandment to love God and people, and Flinn says Kingdom Edge readership spans across the country and into countries across the globe.

The writers of Kingdom Edge believe stories are powerful.

Writer Sarah Geringer met Flinn through the Heartland Writers Guild and began writing with Kingdom Edge soon after. An online writer since 2010 with experience as a freelance writer, published writer and creative coach, she says of Kingdom Edge, “There’s a lot of authenticity and vulnerability in the devotions that I see, and I think that’s the main voice that we need to speak with today as writers.”

From the workshop series, Geringer hopes people who want to tell their story and aren’t sure how to get started find the support of people who are a little bit further down the path. With a book centered around prayer walks in Southeast Missouri called “Hidden Manna on a Country Road” releasing in October 2022, she looks forward to leading a workshop session about “paying attention and finding inspiration for your writing by using your senses.”

Flinn aims to create a space where anyone can find their purpose and voice through writing.

“You have something to offer,” Flinn says. “Your story matters.”

Writers can expect the series to give them the chance to tap into a writing community and find mentors, which Flinn believes is necessary for writers, as well as the time, space and guidance to work on passion projects, to learn new writing skills or to dive into writing for the first time.

With words of encouragement, Morgan says, “Step out of your comfort zone. If you’re interested in trying something, it’s never too late.”