meet along the way: Bernice Wyatt, aka Mother Wyatt

This story is part of an ongoing series called “Chronicles from the Care Center,” in which people who live in care centers throughout Southeast Missouri tell the stories of their lives. It was first published in the February 2022 issue of “The Best Years” as the second installment in the series. 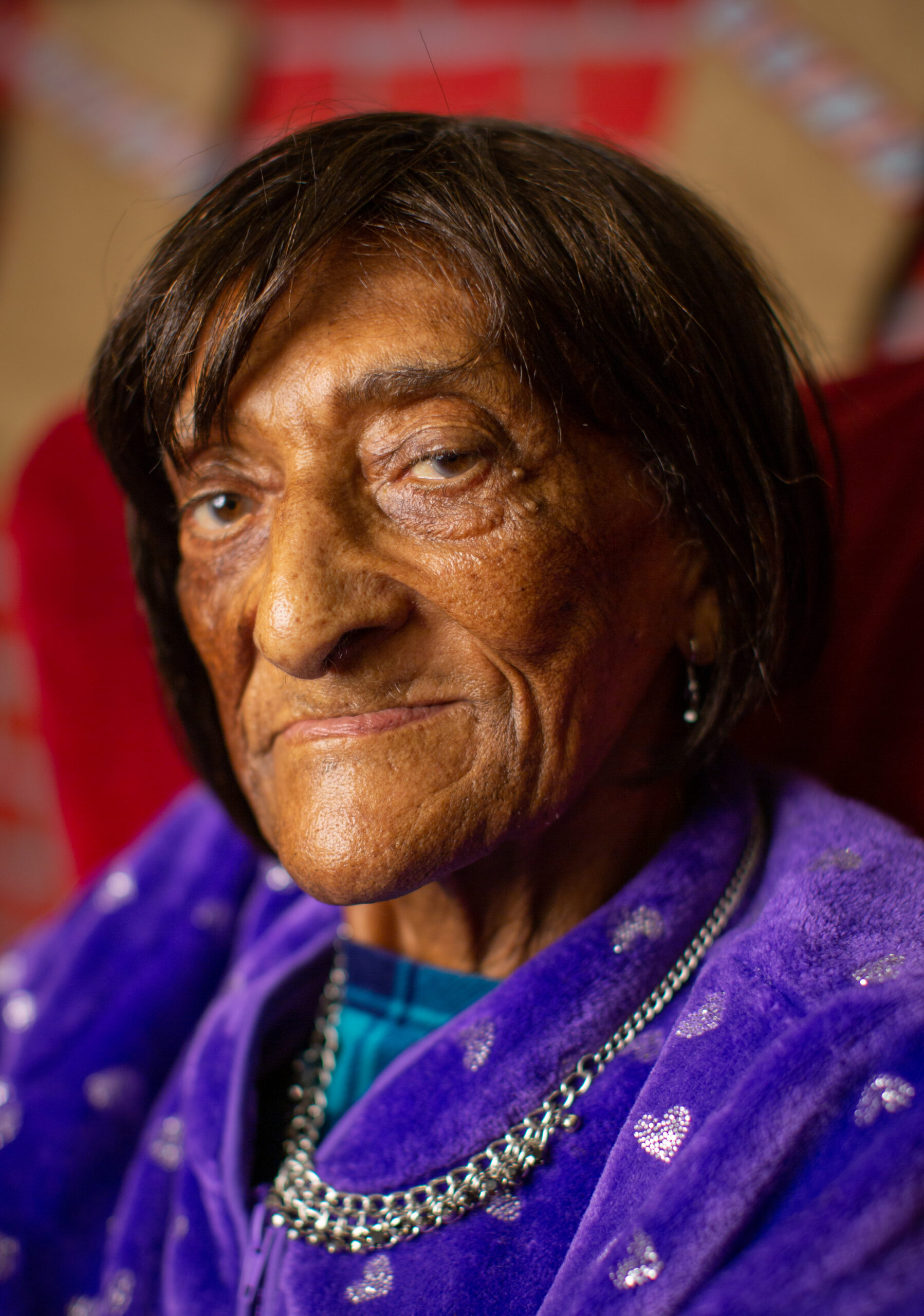 Talk with Bernice Wyatt about her life, and there is one theme that runs through it: her faith in Jesus. She can trace Jesus’ faithfulness to her from being six months old all the way through to her present life at the Lutheran Home at 91 years of age.

“See, the Lord talks to me. ‘Cause I seek him. And he’ll let you know things,” Wyatt says. “You never get too old to learn. And the Lord teaching me every day.”

Born on Oct. 1, 1930, in Holly Spring, Miss., Wyatt starts her story by telling about the way she fell into the fireplace at six months old when the rocking chair she was sitting in overturned, leaving the right side of her face scarred. Although her name on her birth certificate is Vernice, she says students at school throughout her childhood made fun of her scar by calling her “Burnice,” the name she now chooses to go by, which she spells with an “e” instead of a “u.”

The daughter of sharecroppers, Wyatt grew up on a farm in Marshall County, Miss., picking cotton. When she was 12 years old, she recalls stepping on a snake on the way home from church while she was barefoot. She has been afraid of them ever since and attributes the fact that she didn’t get bitten by it to God. Later that night, she says she got saved by Jesus and she “ain’t departed from it” since.

As a young woman, Wyatt got married twice and had 10 living children and five who passed away. At the encouragement of her mother, who told her she needed to go out and do something for herself, Wyatt moved to Memphis, Tenn., where her father lived. Because she felt uncomfortable living in the city since she was from a rural area, when she was in her 30s, she moved to Cairo, Ill., to live with her great-auntie.

In Cairo, Wyatt worked at the Mark Twain restaurant, earning enough money to bring all of her children from Mississippi to live with her in a big house, which she says was a miracle God blessed her with. She raised her children there.

“I loved my children. I enjoyed every last one of them,” Wyatt says. “When you’re raising your children, you have to stand up and be a mother if you’re going to raise them by yourself. I had to be strong.”

After 50 years of being separated from her second husband, one day after her third husband had died and her second husband’s wife had died, he came to Wyatt’s church in Cairo and asked her to marry him again. Wyatt says she wasn’t thinking about him or any man at all except for Jesus, and this was a testament of the miracles God can work. The two remarried and remained together as husband and wife for four years until his death.

“See, God is amazing. It’s amazing what God can do,” Wyatt says. “I’m letting you know what God can do. See, he can do wonders. What you ain’t even thinking about. He can do it. And he works.”

Wyatt has 44 grandchildren and many great-grandchildren and great-great grandchildren. In 2021, she moved to the Lutheran Home in Cape Girardeau. She says God is currently teaching her about Scripture, to be strong and to not be afraid, which she says God showed her while she underwent surgery. She says she is also realizing God can use her right where he puts her: When she was coming out of anesthesia after her surgery, she says verses from Scripture were coming to her mind and she was saying them, preaching to the nurses who were taking care of her.

“He let me know he can use you anywhere and anytime, no matter,” she says. “Sometime, you get in that shape so God can use you.”

The fruits of her faith are something those closest to her take note of and apply to their own lives.

“My mom has a lot of wisdom,” says Wyatt’s daughter, Janice Russell of Cairo, Ill. “And I have learned wisdom from her. … And just the genuine spirit, the humble spirit. She can correct you, and you don’t get offended because it’s so genuine.”

Wyatt’s granddaughter, Melissa Russell of Washington, D.C., says kindness is what she has learned from Wyatt.

“No matter what you’re going through, no matter what you feel, just being a good, kind person [is what she’s taught me],” Melissa says. “I know that’s why my spirit is the way that it is, because no matter what, I’m still a good person, and I’m still kind to people, and I know I got that from my grandmother.”

Delighted to have her daughter and granddaughter near, Wyatt is filled with joy by their words.

“You all going to make me get up and do the holy dance,” she says.

Previous Time tales
Next meet along the way: Marilyn Morgan