Hair is an extension of personal style, and it’s just as important as a suit and tie or shiny loafers. As hairstylist Chuck Reid says, it’s a way to show the world you care.

Reid has been working as a barber at The Shop in Cape Girardeau since 2006, so he’s seen his fair share of hairstyles in his barbershop chair. Trends may change over time; he says throughout the years, he’s observed men taking greater pride in how they wear their hair.

“You can tell just by the amount of products on the market than there were before,” he says. “Men are becoming more accepting of self-care and are actually doing it. They have lotions and shampoos and conditioners, and not just using their wife’s stuff.”

Often, Reid says clients will bring in photos of athletes, rappers, actors and other celebrities as inspiration for their newest ‘do. By looking at the biggest stars in the entertainment industry, Reid says it’s often easy to guess which hairstyles will soon be popular.

It’s difficult to discuss men’s personal style without talking beard care — and Lance DeBrock and Anthony Cervantes know a thing or two about that. The pair started Ember & Valor, which offers “grooming provisions” such as mint beard balm and accompanying beard oil, in 2016. While both DeBrock and Cervantes are based in Cape Girardeau, their customers are mostly based outside of Missouri, Cervantes says.

When they first launched the products, DeBrock says he was interested in beard products, but there currently wasn’t an expansive market for men’s hair care. Similar to the views that Reid expresses, DeBrock says men are becoming more comfortable with exploring the world of hair and beard care.

“There was a need for it, and it really just stemmed from us not being able to find a product we liked,” Cervantes says. “We felt we could make a better-quality product.”

Getting started only requires a few steps and simple products, DeBrock says. Beard balm, beard oil, shampoo and conditioner are essential to maintaining a stellar beard.

Balm, a waxy product, keeps the actual hair in the beard neat, DeBrock says, while the beard oil moisturizes the skin underneath. Without properly-moisturized skin, he says beards may become itchy or scraggly, which is not a good look. He says Ember & Valor also offers beard picks, created by a friend at Ortmann Woodcraft in Cape Girardeau, as part of their beard care lineup.

“In the younger generations, it’s very common for guys to use beard products and hair products. I think that will carry on; I think it’s nicer for a guy to have,” DeBrock says. “I’m hoping that will spiral down into the next generations, like my son. He sees me making product and using product, so I don’t think he would understand it as ‘not manly.’”

At any age and with any hair-length preference, there’s always a chance to try something new. 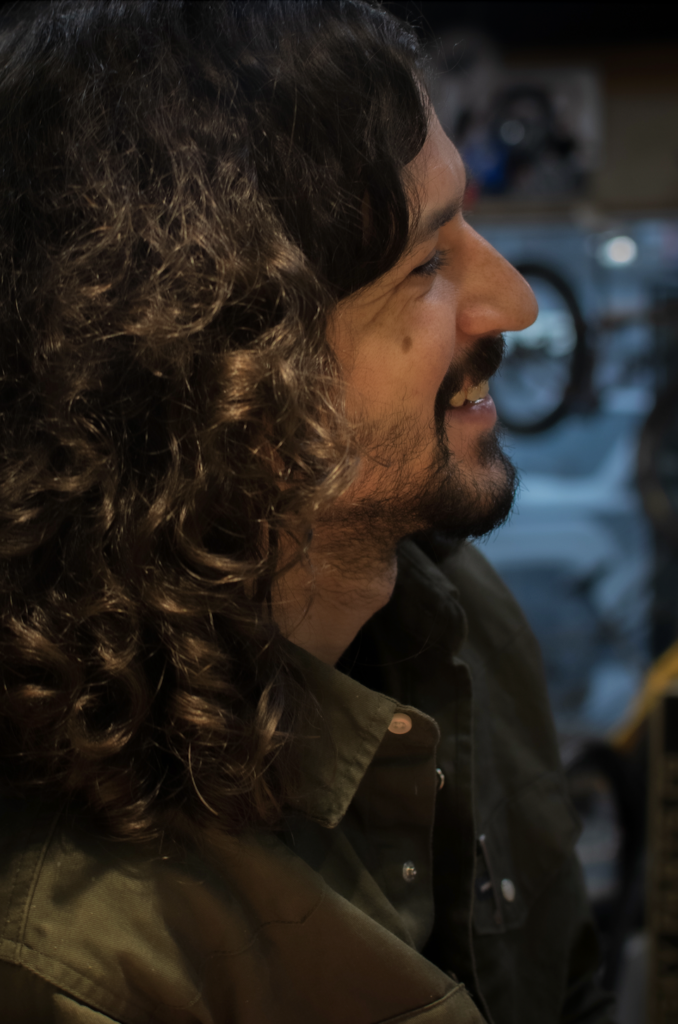 1. Always shampoo and condition the beard to keep it clean, Chuck Reid, barber at The Shop in Cape Girardeau, says. If it’s not clean, dry skin can create beard dandruff — and who wants that?!

2. Moisture is key, as Landon DeBrock, co-founder of Ember & Valor, says. Beard oil helps to keep the skin underneath from becoming dry and itchy.

3. Create a styling routine, and stick with it. Taking a few minutes each day to style longer beards with balm can make a massive difference in the overall look, DeBrock says.

Previous meet along the way: Marilyn Morgan
Next Let’s Bounce: Fatherhood and the ritual of proximity.