Let’s Bounce: Fatherhood and the ritual of proximity.

Words and illustrations by Jeff Rawson

September 13, 2009, was a game-changer. And before you ask yourself, “Was Kanye’s ‘I’mma let you finish’ tirade that monumental?” No, I’m not talking about the VMAs.

That day, my long-held visions of roughhousing my firstborn were tossed out the window when she made her debut two months earlier than expected. We would go on to spend a long month in the NICU before bringing our daughter home.

This would be my first lesson in parental proximity and the importance of ritual. Terrified to even cradle Olivia’s tiny body, I saw no world in which I would toss her into a pile of leaves, suplex her into the couch cushions or go full send in a pillow fight.

Of course, that would change. Kids are resilient and custom-made for inexperienced, first-time parents. It didn’t take long for Olivia — then her sister and brother, Mae and Easton — to show me the ropes. 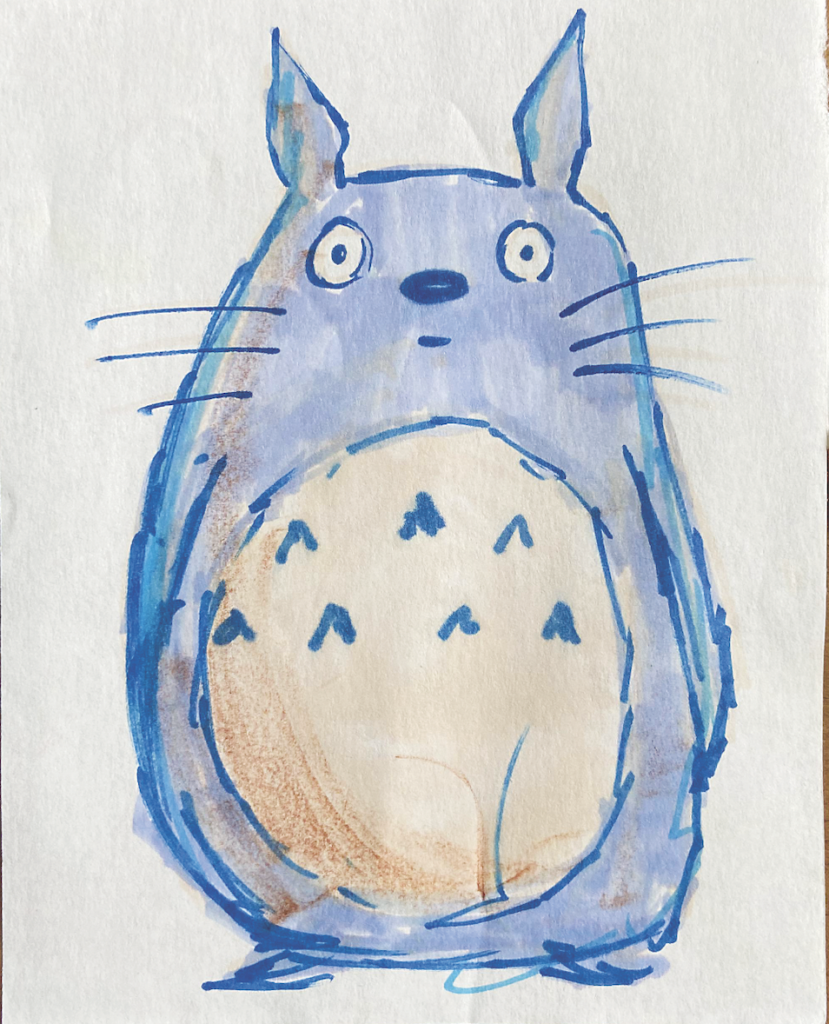 The ritual of presence.

Routines are important. Rituals are next-level.

Routines get things done, while rituals are symbolic, special communications that say, “This is who we are.” Rituals require intention — that’s how you know they’re good.

No matter how many times my kids ask for another drink of water or fight toothbrushing time, they dig a routine. That pattern of wrestling them into pajamas and eradicating sugar bugs is part of a larger ritual, one we approach with unknowing purpose and, will one day, I suspect, look back on as foundational to our relationships.

Shared rituals like lunchbox notes, waking to birthday donuts and planning family Halloween costumes are memory-makers and time-stampers in our home. Each follows a sequence of carefully-crafted (read: accidentally and often at the last minute) actions adhered to for the past 13 years.

And bedtime, bedtime is Dad’s territory.

My brood has orchestrated our nightly ritual since they were old enough for Shel Silverstein. Naturally, each of them has his or her own brand of saying goodnight:

The most complex of the bunch, Easton requires one story, one tuck, one kiss, one smooch (yes, there is a difference), one squeeze and a lights-off countdown from five to buzzer noises at zero. We wrap with a mutual, “Goodnight, family.”

Hugs and kisses are still required; however, Mae prefers more time spent in her newly-discovered chapter books, Dad perched at the edge of her bed while we share a story and she details her day.

Liv / 12 years old, the OG / Most likely to start a business before high school graduation

Olivia no longer requires hugs and read-a-longs, but it’s still important for us to be in her space at lights-out, hearing her concerns for the next day or simply waving goodnight from the doorway. Her basement bedroom space is sacred, her newfound privacy paramount. But we can’t phone it in. No texting or having Alexa pass along the goodnight message will suffice. 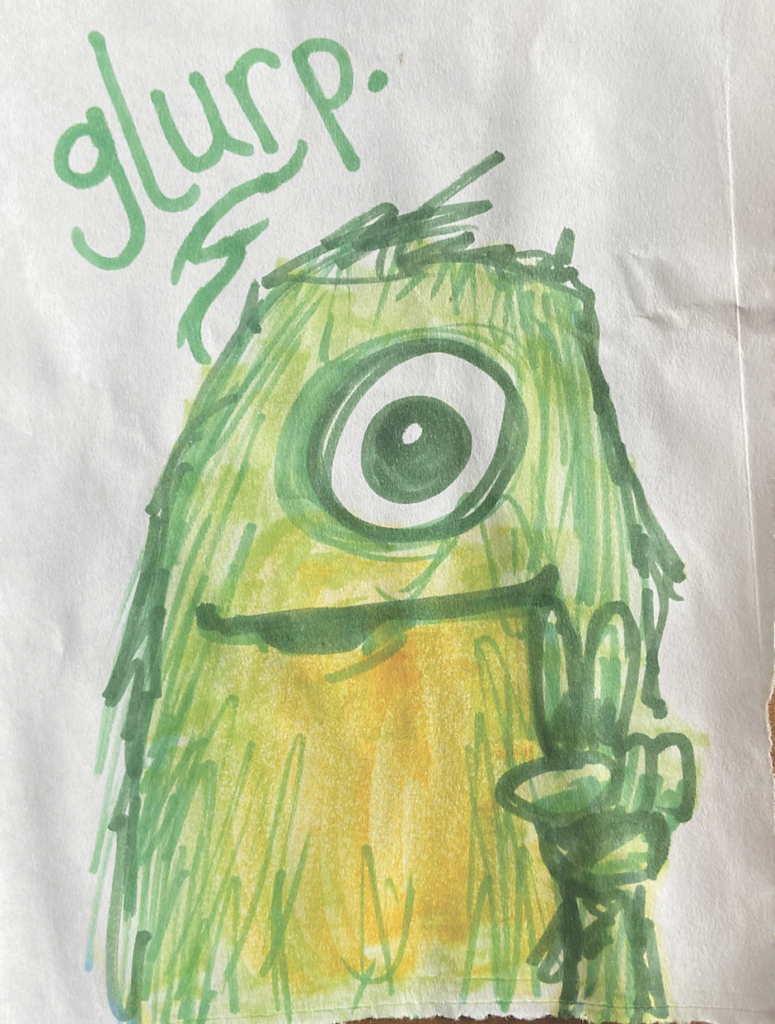 Being present. Even when you aren’t.

Travel, the workday and life in general do their best to wreck the plan. That’s where creating passive ritual income comes into play; an opportunity to cash in on shared experiences from a distance of time and space.

In our house, carving out 15 seconds to scribble a lunchbox note is not about showcasing my admittedly-limited cartooning skills. They originated as a way to say “hey” to my kids while we were separated by daily schedules. Each scrap of paper — they’ve squirreled them all away, so I think we’re on to something — is now a cherished inside joke, a timestamp of that one day in first grade, and a reminder that sometimes, a simple sketch of a corn dog or magic pineapple can have a lasting impact.

This ritual of proximity stuff is not just a booster for young people’s cognitive development and adolescent happiness. If you hang around your kids enough, you get a little schooling, too.

I’m ’bout to have the time of my life. Or, what I learned at the bounce house.

Originally published in The Scout, January 2018.

Resolutions are tricky. Some folks dig ’em, some can do without. Then sometimes, you go to a closing bounce house, and your world is changed.

I don’t do resolutions.

They’re great, don’t get me wrong. I mean, in the back of my head, there are always the thoughts of trying to write more, swear less or have a salad every now and then. December 31 is as good a time as any to draw a line in the sand, but my personal improvements rarely follow the calendar year. 2018 may be different.

I’ve tried to live by Jack London’s mantra for years:

“I would rather be ashes than dust! That my spark should burn out in a brilliant blaze than it should be stifled by dry-rot. I would rather be a superb meteor, every atom of me in magnificent glow, than a sleepy and permanent planet. The function of man is to live, not to exist. I shall not waste my days trying to prolong them. I shall use my time.”

It turns out my 8-year-old daughter may be just as wise. And more concise.

Our family and a few friends visited LeBounce on Friday before they unplugged the fans and closed their inflatable doors for the last time. My kids were bummed when we gave them the news their bouncy haven would be no more. There was the expected weeping and gnashing of teeth.

But then Friday happened. We rolled into the parking lot at 7 p.m. and began the process of suiting up to face the frigid wind outside. Before the sliding doors of the van — yes, I drive a Town & Country, and it is the bomb-dot-com — opened, I turned and saw an unexpected look of determination in my 8-year-old daughter’s eyes. London would have beamed.

Her face set in a firmness of purpose, she spoke nine words that are shaping my New Year: “I’m ’bout to have the time of my life.”

It wasn’t a joke or quote from whatever horrible YouTuber she is into this week. It was an announcement. A declaration. She wasn’t dreading a world without LeBounce. She committed to making the next two hours the best bouncy experience possible. Olivia is timid about most things. She worries over math tests and speaking in public. But not this night. No, no. She was running in with reckless abandon.

Jumping like no one is watching. Bouncing like there’s no tomorrow. I’m ’bout to have the time of my life. Coming with? 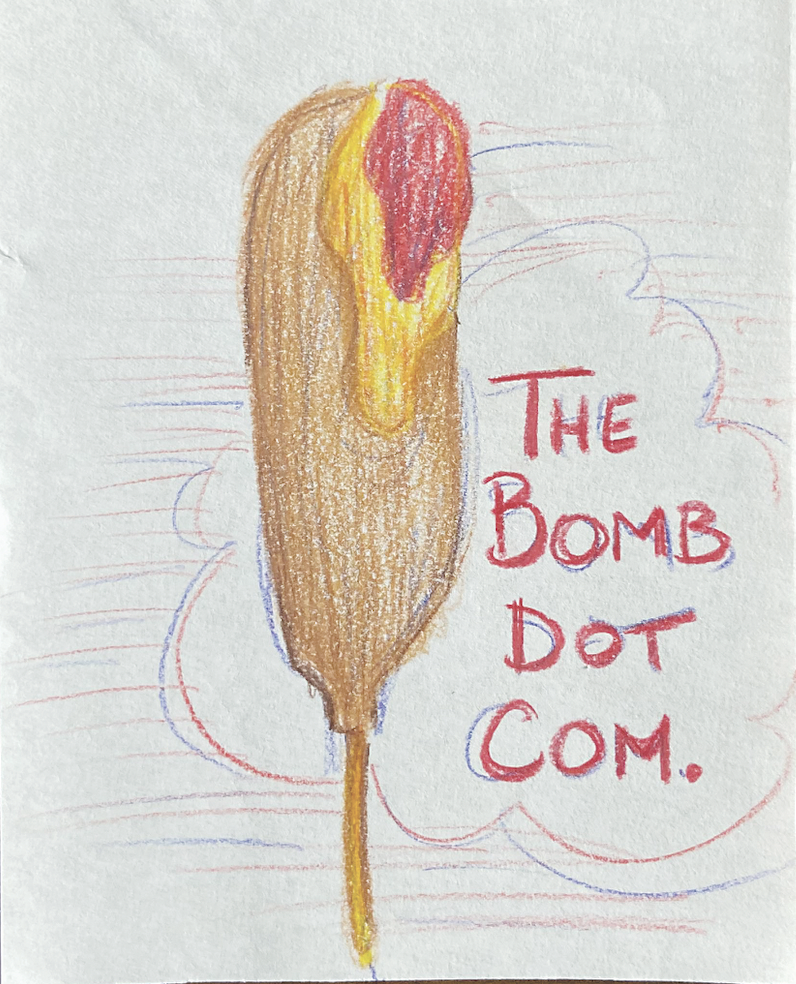 The World’s Greatest Dad mugs, trophies and keychains I receive every June probably aren’t accurate representations of my child-rearing accomplishments. I’m plenty embarrassed and ashamed of some of the decisions, actions and words I’ve chosen as a dad-in-training. But I stay close. I’m learning. Maybe that’s the goal.

This is just one dude’s experience, an adventure in which if you just listen — just show up — kids do a bulk of the work for you. Sometimes you lead, but in the parenting gig, much of the time, you follow.

Once you figure that out, it’s a lot more fun. 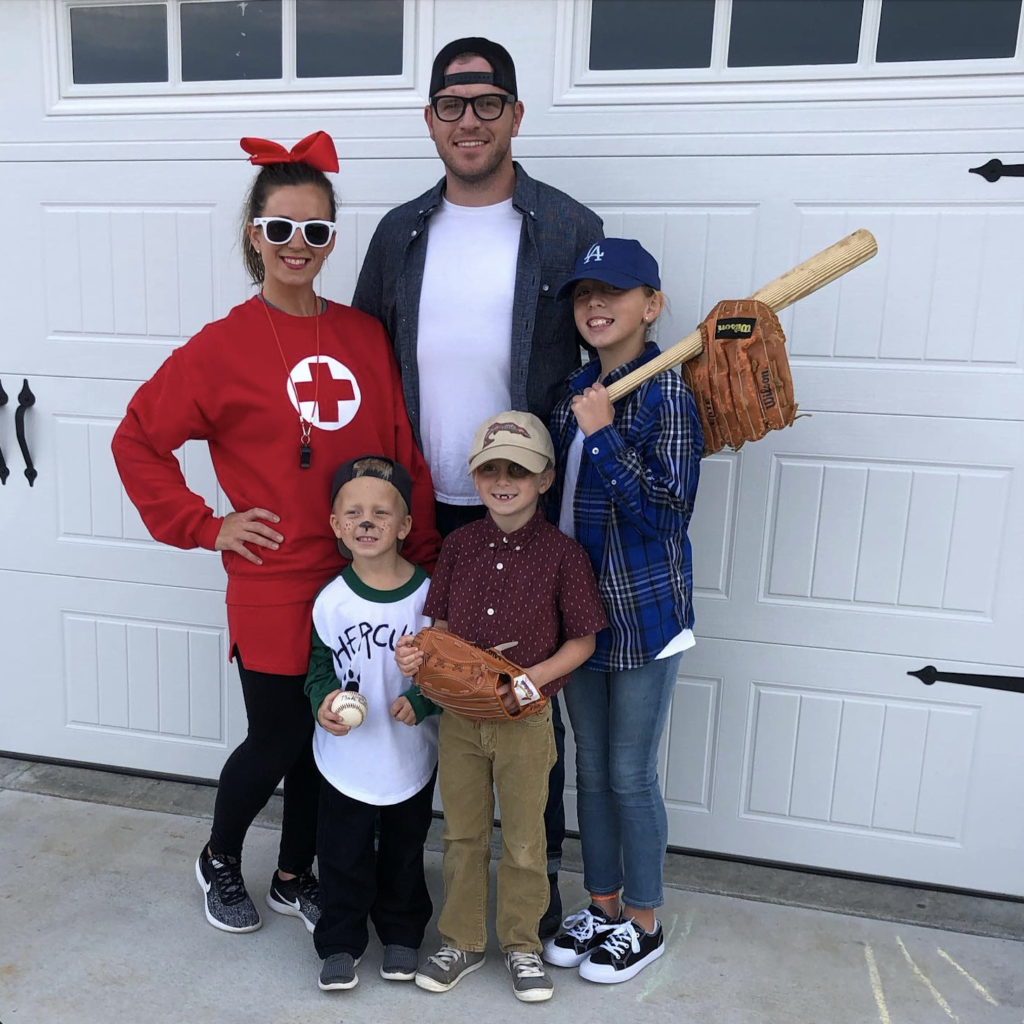