meet along the way: Nora Speight

This story was first published as “Faces of Southeast Missouri: Nora Speight” in the July 2022 issue of “The Best Years.” 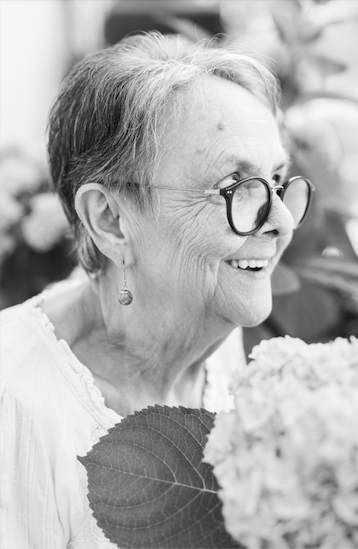 Nora Speight’s love of flowers comes from her grandfather she calls “Paw Paw.” He lived on a farm in Marston, Mo., where Speight got paid $3 to pick 100 pounds of cotton as a child. As the only granddaughter amidst her boy cousins, she says she was her paw paw’s favorite, and they ate lunch from the garden together every day, including the strawberries and pecans she helped pick. Through moves for her husband Gene’s job to Memphis, Tenn.; Senath, Mo.; St. Louis; Blue Springs, Mo.; and Stow, Ohio, Speight says she has always taken her paw paw’s irises with her.

“I would dig them up and take them with us and plant them [at each new house],” Speight says. “They’re just a beautiful purple. Real light.”

A self-proclaimed “daddy’s girl,” her father, too, passed down his love of growing vegetables and flowers to her. Speight was a stay-at-home mom while raising her daughters, and then also babysat teachers’ children, eventually working at Dalton Florist in Jackson for approximately 13 years, where she delivered flowers and arranged and dried flowers for weddings and funerals. She says she especially enjoyed working with customers for funerals, because it was important to the customer; at the florist, she says she learned the simple tricks of the floristry trade, like how to help a rosebush stand up. Now, she enjoys drying flowers, making potpourri and sharing her plants with others.

Nora Speight sits in her yard outside her home in Jackson holding a hydrangea she grew.
Photo by Aaron Eisenhauer

Throughout the years, Speight has collected flowers from people who matter to her, planting them in her yard. In addition to the irises that were her paw paw’s, she has wisteria from her husband’s grandma, hydrangeas a friend gave to her when her mother passed away and a red iris variety named “Nora” her friend from church gave her. She says she loves old things, and she wears a necklace with a bead that contains a dried hydrangea petal from her father’s bush.

Family and those she loves have always been important to her: Speight and her husband have been married for 56 years and have three daughters and nine grandchildren. In addition, Speight took care of her parents as they aged, and they lived in an apartment in her and Gene’s home until they passed on. She says the women in her Bible study are her prayer warriors.

Her favorite flower is the geranium, but all flowers — even “ugly” ones — are fascinating, Speight says. She says growing flowers, drying flowers, and working at a florist delivering and arranging flowers is fun.

“You get to meet people,” Speight says. “Everybody likes flowers. Everybody. … They make you happy. They really do.”

Previous An Ocean of Possibilities
Next meet along the way: Christina Lane