Madelyn Hussman: From the Pacific Crest Trail to the Cape Girardeau Studio

For six months, jewelry maker and leatherworker Madelyn Hussman and her husband Joe lived in a tent in what many consider some of the most beautiful places in the U.S., hiking 2,653 miles from the Mexico-U.S. border to the Canada-U.S. border through California, Oregon and Washington. After completing this thru-hike along the Pacific Crest Trail (PCT) from April to October 2019, jewelry became a way for Hussman to preserve her memories and share the beauty of the trail with others through her jewelry business, MNTN Meadow Collection.

“The beauty out west is so grand. A lot of my stones [that I use in the jewelry] come from the West. The turquoise [is from the] Southwest, but some from Colorado, also, and Oregon,” Hussman says. “The beauty of the stones, I let them speak to me. … I think back, what does this remind me of? … A lot of it is, I just try and capture the beauty and my memories from the trail.”

In October 2018, Hussman’s husband was given six months’ notice he would be laid off from his job. Hussman had read Cheryl Strayed’s PCT memoir “Wild” multiple times, and Joe had also dreamt of hiking the trail. After living for five years in California, Madelyn decided to quit her job in finance at Harman Kardon U.S. when Joe’s job ended so they could hike the trail together. 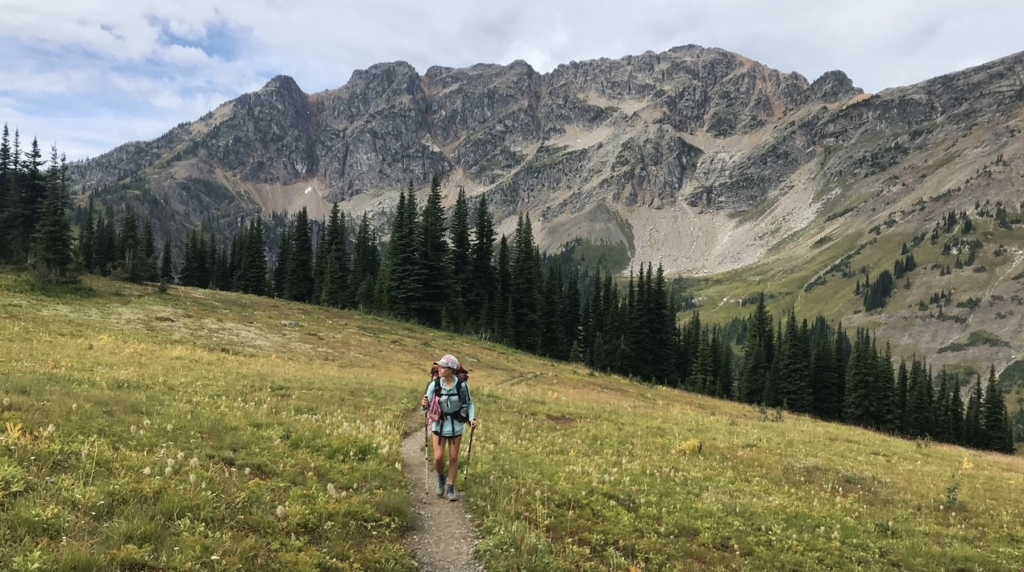 Madelyn Hussman hikes a stretch of the Pacific Crest Trail (PCT). Hussman and her husband, Joe, thru-hiked the PCT from April to October 2019. Photo submitted by Madelyn Hussman

And so, that’s what they did. In just six months, they planned their trip, bought their gear, and did day hiking and overnight backpacking trips to prepare for the adventure. Throughout their six months of living outside while on their hike, it was a challenge to eat oatmeal with protein powder every day for breakfast; they often cold-soaked ramen or potatoes for lunch and dinner, learning along the way they needed to add in olive oil to take in more calories. Leaving the trail for a week because of the 200% snowpack in the Sierra Nevada Mountains and saying good-bye to the trail once they’d completed it were also difficult parts, Hussman says, as was resisting the urge to stop and camp in beautiful spots along the way when they had to continue hiking.

The desert, Hussman says, was one of her favorite parts of the hike because it was “on fire with blooms” when they traveled through it in mid-April. The Sierra Nevada Mountains and Cascade Mountains — where she says the “jagged peaks interrupt[ed] every skyline” — were two of her other favorite sights from the trip.

“That tent is home,” Hussman says. “As [un]comfortable as some might think it is sleeping in a little piece of nylon in between you and the world and sleeping on an air pad and sleeping bag, there really is nothing better than sleeping out there and when you camp without the fly in your tent so you can see the sky and the stars.” 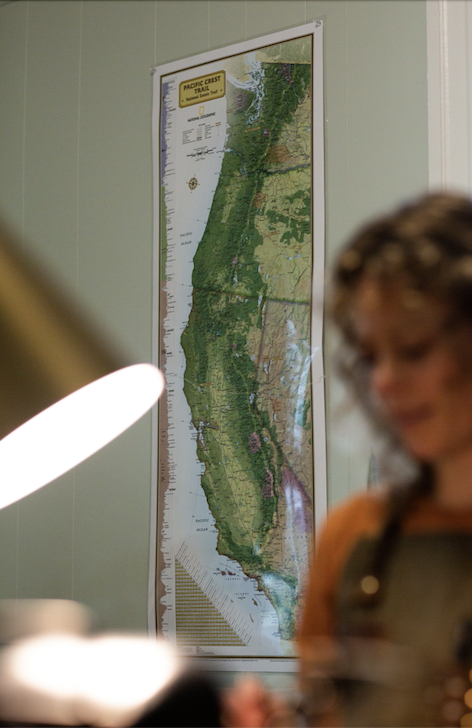 Madelyn Hussman makes jewelry at her studio in her house in Cape Girardeau. Hussman’s jewelry is inspired by her thru-hike on the Pacific Crest Trail. Photo by Aaron Eisenhauer

After hiking the trail, Hussman and Joe moved to Cape Girardeau to be closer to family; Hussman’s parents live in Warrenton, Mo., and Joe’s brother and family live in Cape. Once they were back in Missouri, Hussman’s parents were retiring from the leather business they had owned since 2011, so Hussman lived with them for nine months to learn the trade from them and take over the business. Since, she has grown the business from its focus on leather handles to also incorporate leather bags.

In 2020, Hussman took online courses in silversmithing and created her jewelry business in order to continue expanding the ways she could be creative. For her jewelry collections, she designs and solders each piece, as well as stamps, saws, files, sets and polishes the stones. She says she’s always learning something new about the craft; in this creating, there is freedom.

Hussman says while hiking the PCT, she learned her feet can take her anywhere. She applies this theme of persevering through tough times not only to hiking, but also to her creative jewelry making and leatherworking processes, as well. She says travel and jewelry making both “force” her to “keep an open mind.” 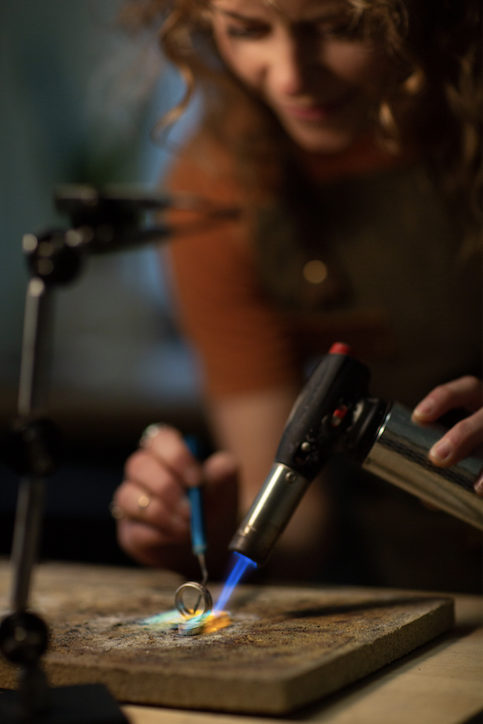 Madelyn Hussman makes a piece of jewelry at her home studio in Cape Girardeau. Hussman sells her jewelry through her business, MNTN Meadow Collection. Photo by Aaron Eisenhauer