When Matt Ashworth began hiking 266 miles of the Ozark Trail across Missouri, he decided to start making his own ultralight hammock backpacking gear. Previously, he’d thru-hiked the 160-mile River to River Trail in the Southern Illinois Shawnee National Forest in five and a half days with gear he’d bought; when he started making his own gear, he says ultralight hammock backpacking became much easier, because he could customize his gear to his exact measurements and make it more lightweight than the gear he bought in stores. Creating his own equipment helped him complete the Ozark Trail in 25- to 30-mile sections per day on weekends over the course of less than three years.

Ashworth says the bragging rights and personal sense of completion make the challenge of thru-hikes worth it.

“I just love being out in the woods, getting away from everybody, everything. It’s just the tranquility of it,” Ashworth says. “Whenever you do long-distance backpacking, especially ultralighting, you can push yourself.” 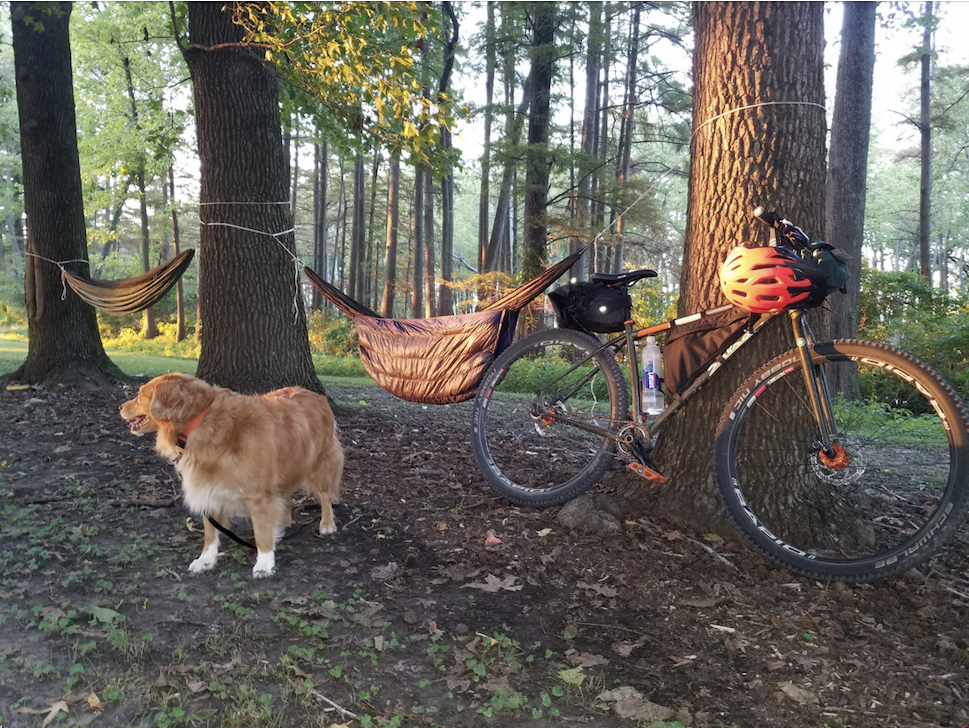 Backpacking is considered ultralight, Ashworth says, when a pack has a base weight — the weight of the pack with only the core gear one comes home with, which doesn’t include food, water and toiletries — of approximately 10 pounds or less. When packing, ultralight backpackers are concerned with counting grams, Ashworth says, to see how light they can get their pack. Ashworth enjoys ultralight hammock backpacking, preferring to sleep in a hammock rather than a tent, because he finds it more comfortable.

When he first began making his gear, Ashworth sought out the lightest nylon material on the market — .66 ounces — and learned about how to make a 45-degree down top quilt through online research, acquiring an old sewing machine from a coworker and teaching himself how to sew. Since making that first project, he has also designed and made his hammock, a 30-degree top quilt that weighs 17 ounces and a 20-degree underquilt that weighs 18 ounces.

He also makes puffy vests, hot pants and windshirts, which he designs to be as light as possible by including only a half-zipper, as well as no elastic in the sleeves, so they cover the backs of his hands to keep them warm while he hikes. In the hot pants — which he says he only wears when it’s “super duper cold” — he uses synthetic down, because although it’s not as compressible, it dries out faster than down. 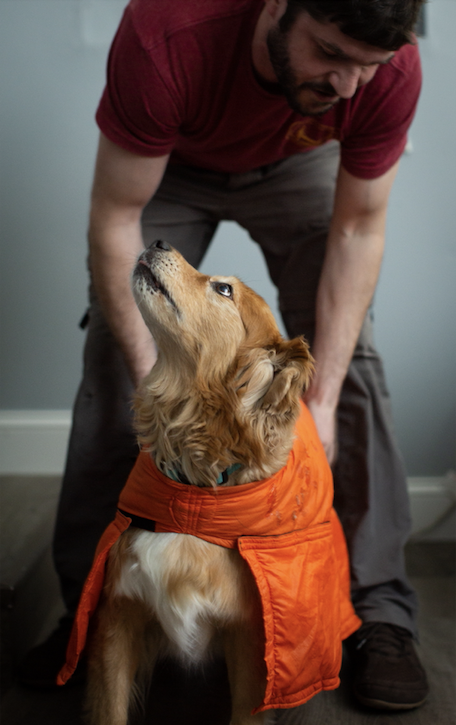 Matt Ashworth secures a “WeDoKet,” or wearable dog blanket, to Penny, one of his canine travel companions. The two hiked the first 100 miles of the River to River Trail in Southern Illinois together, and Ashworth says, “She’s logged hundreds of miles on her paws.” Photo by Aaron Eisenhauer

In addition, he makes what he calls “WeDoKets,” or wearable dog blankets that go over his dogs’ bodies like a vest and latch under the dogs’ chests. This way, they have sleep skirts to keep them warm while they sleep on a pad under his hammock. He has also made his own backpack and bike bags.

In this geographic region, Ashworth says he can camp comfortably with his gear even when temperatures reach down into the upper teens. He says he’s learned along the way it’s worth it to take an extra blanket when it gets really cold, so he can get some sleep.

For a time, Ashworth sold his gear through his brand Camp Happy, although now, he only makes gear for his own personal use. He says he enjoys making his own gear because he can make some of the lightest gear on the market that is custom-fit to his exact measurements and temperature needs while saving money. 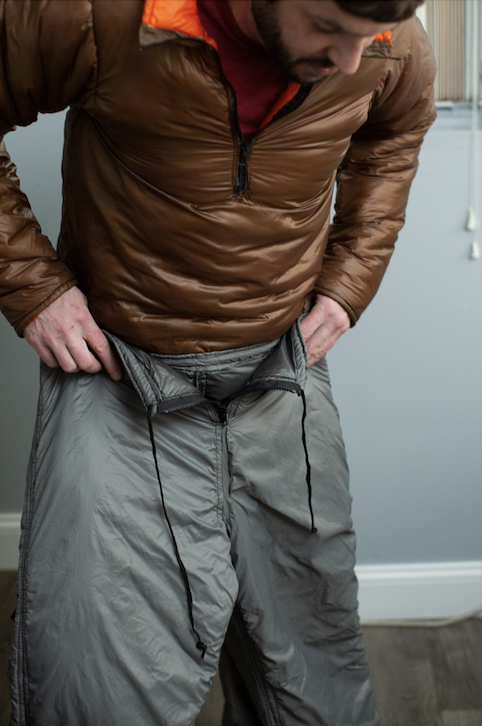 Matt Ashworth holds up a pair of “hot pants” that he made, which he wears in cold temperatures. He also made the jacket he is wearing, which he designed for staying warm while hiking. Photo by Aaron Eisenhauer

Ashworth encourages others who are interested in backpacking to start by exploring local short trails to scenic places and then working one’s way into exploring further.

“There’s a lot of stuff that’s miles out there that a lot of people don’t see because they don’t put in that effort,” Ashworth says. “It’s beautiful.”

Ashworth is currently section hiking the 218-mile Ozark Highland Trail in Northern Arkansas. From the hiking to the clothes he wears to the gear he uses to camp, he enjoys relying on himself for each part of the process.

Previous Movement: At one with nature
Next Madelyn Hussman: From the Pacific Crest Trail to the Cape Girardeau Studio