When Dawn LaRue started cycling five years ago, she couldn’t find a group of people to ride with on the road. Then, in May 2019, she decided to do something about that, and founded Chics Dig Bikes, a cycling group for women who want to ride bikes and learn how to ride on the road safely. There was much more interest than she initially thought there would be: at first, 15 to 25 women would show up to the group rides who had never ridden on the road before. Along with road safety and bike maintenance skills, LaRue taught the riders how to use the gears on their bikes, fit a helmet and adjust their seat.

“The trail is only so good for so long,” LaRue says. “And girls were, like, scared, [saying], ‘Oh, well, I just ride on my street or the trail.’ And [now], these girls have all become great friends and do stuff together and other challenges, and it’s dear to my heart.” 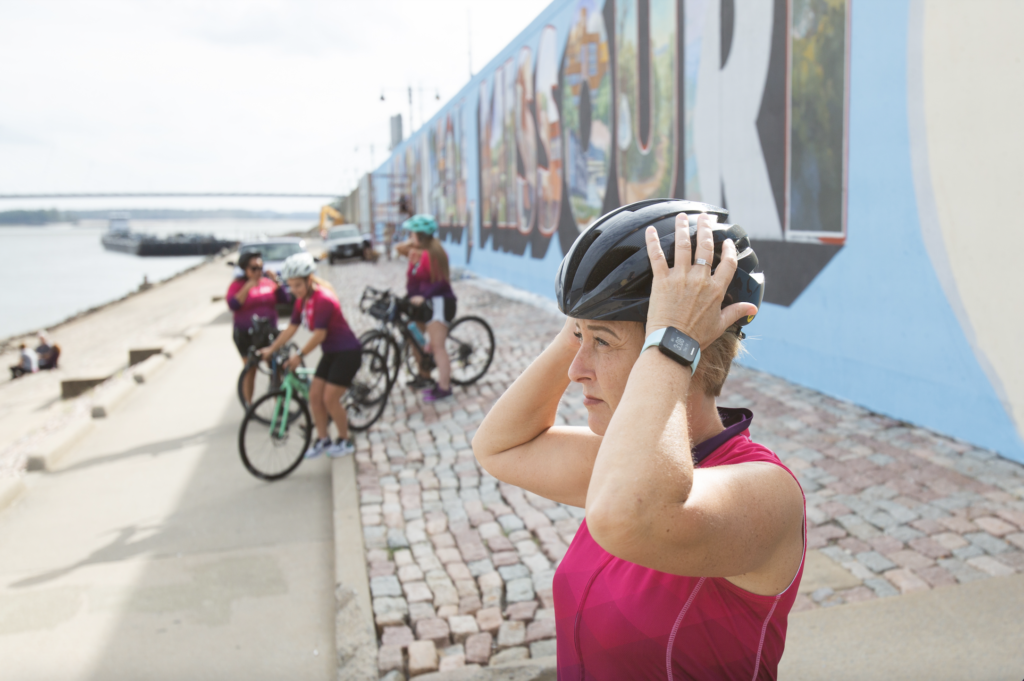 In addition to the weekly group rides, individual members of the group organize smaller rides throughout the week, as it works into their schedules. The women have also participated in organized rides throughout the region, such as Tour de Corn, Dirty South Roubaix and the April Fools’ Gravel Camp.

The riders say having each other holds them accountable and helps them become better at the sport.

“I like having the group, because sometimes, you can use them to push yourself harder,” cyclist Ashley McCrary says. 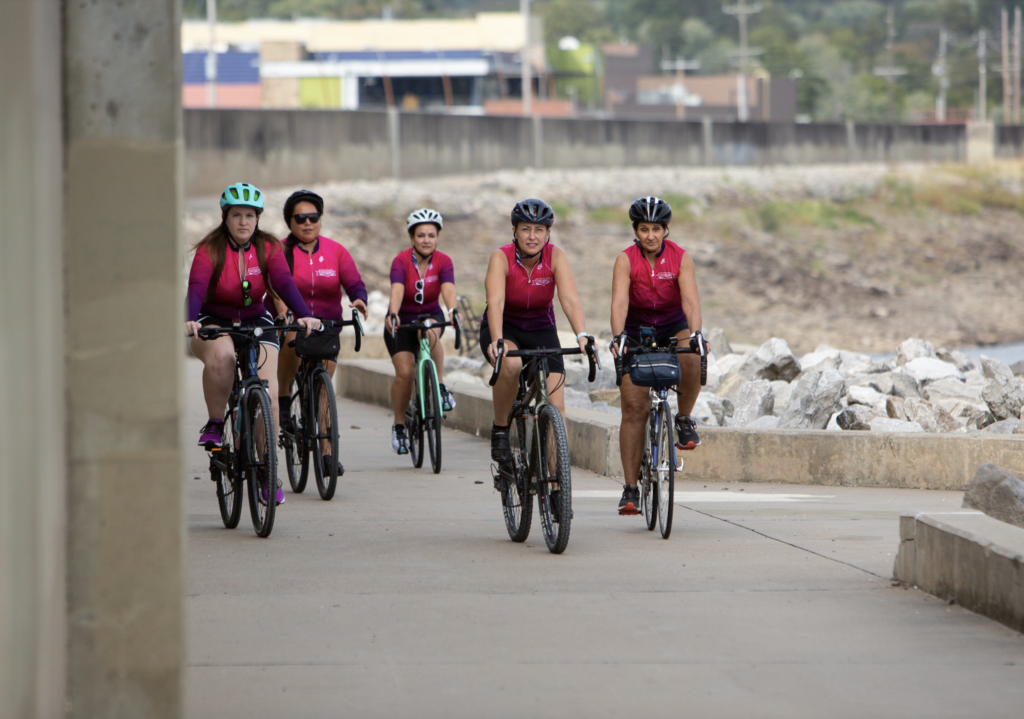 The supportive friendships the women form through the group also mean a lot to each of them.

“It’s just good therapy for me,” cyclist Shaina Williams says. “It helps me get out and deal with the stress.”

The group is open to women who are interested in having people to ride bikes with on the road. It’s all in the name of camaraderie and helping women push the boundaries of what they thought they were capable of, empowering them to explore the world around them.

“[It’s all about] just getting chicks on the road … and safe, so they know how to watch for cars and take care of their bikes,” LaRue says. “Let’s get off the trail, let’s do something different.” 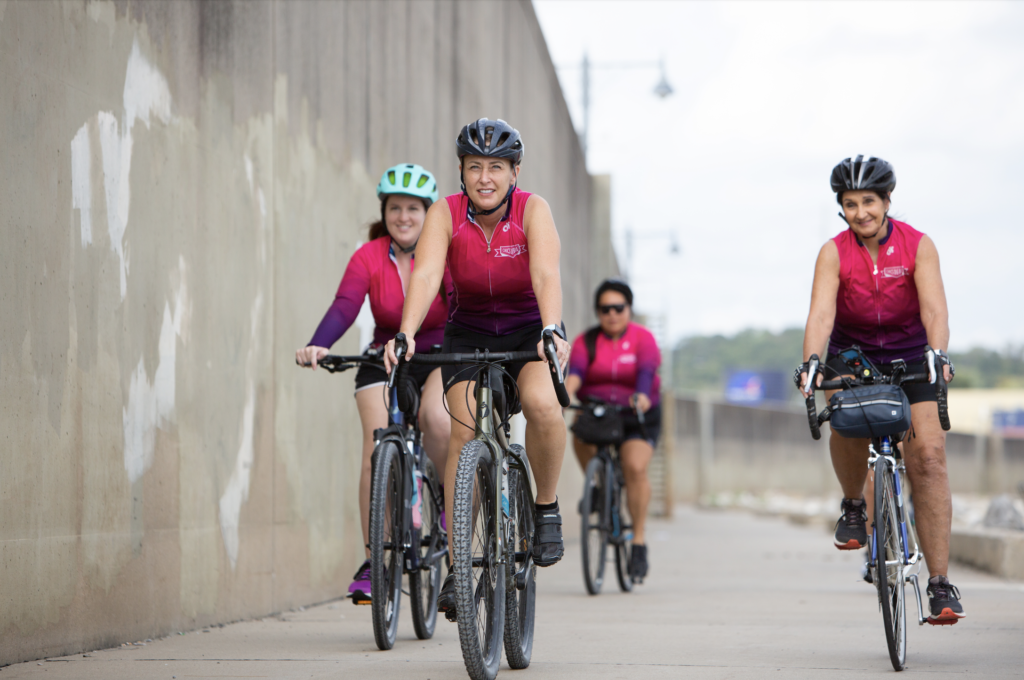 From left to right, Amber Kimbrell, Dawn LaRue, Maria Huizar and Jane Steele, members of Chics Dig Bikes, ride their bicycles at the Cape River Wall Trail in downtown Cape Girardeau. The members ride together at least once a week and often plan more rides as it fits into their schedules. Photo by Aaron Eisenhauer

Previous Taking Up Space: Claim your place in the world.
Next More Girls on Bikes: Making space for the women