These are just three of the words that describe the Cape Girardeau Roller Derby (CGRD) team, a team that has been active in Southeast Missouri since 2010. While their mission is to develop sportsmanship and athleticism through challenges on and off the track, they also have a deep-rooted passion to serve people and give back. And as part of the International Women’s Flat Track Roller Derby Association (WFTDA), that’s just what they do.

As a not-for-profit organization, the team is owned and operated by the skaters. They fund their own practices and events, which are held at the AC Brase Arena in Cape Girardeau. They also buy their own jerseys and equipment. Each person has an assigned role outside of game play to help run the organization and get the word out about events. And they give back to the community: during each home game, the team chooses a local charity such as Safehouse for Women, Max’s Mission and Team Triumph to be the recipient of the money raised during the event.

Over the years, these women have learned to work hard and play hard, together. And while roller derby is known for being a high-intensity sport that knocks people down, it’s actually more of a big family that helps each other up.

With members from all over Southeast Missouri ranging in age from 22 to 43, this group is about as diverse as it gets. In fact, even though most members are women, the team considers themselves non-gender specific, welcoming anyone who wants to participate.

“We have stay-at-home moms, teachers, a respiratory therapist and a jailer,” says Bri Dewitt, one of the newer recruits of the CGRD.  “We all have different jobs, and roller derby is really the only way that all of us know each other.”

And with practice five hours a week and a season that runs all year long, they get to know each other well. Teammates eventually become friends, and friends become like family. 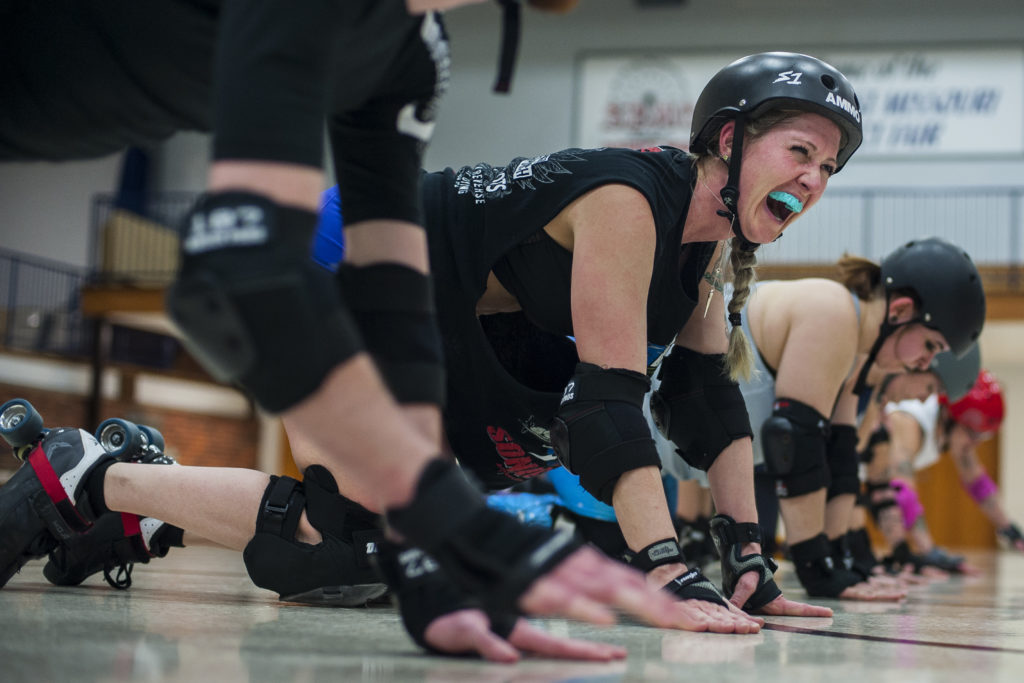 “It’s the sport for people who don’t fit in anywhere else,” says Kristin Rickman, also known as Fakin’ Bacon to teammates and fans. “[It’s for] people that weren’t necessarily athletic or didn’t fit the body type for a certain sport, but here you can be any size or shape and be effective.”

But it is a commitment, and there is a trial period. Each new recruit enters into the Fresh Meat program where they learn basic skills, drills and rules of the game. Once they have completed 90 days on the team and can pass a minimum skills test, they become a rostered member. And as a rostered member, they get to pick their own derby name.

Derby names can be fun or fierce or a play on words. It is completely up to the individual to choose a name that fits who they are. It’s all about accomplishment and empowerment. It’s about becoming who you want to be. Which is just one of the many things that make roller derby unique. 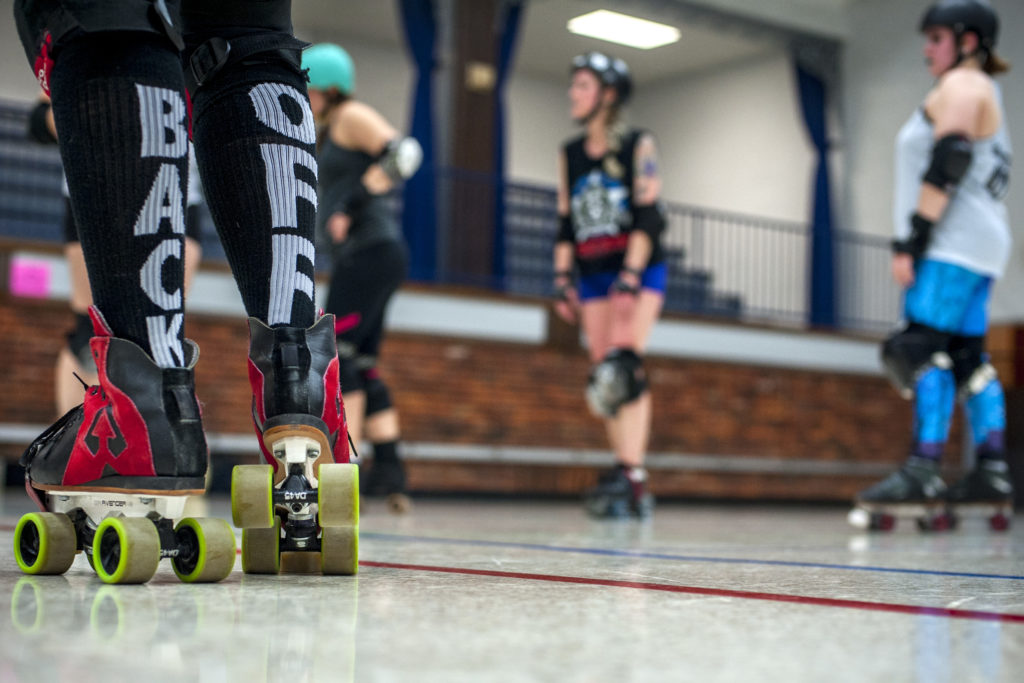 And while roller derby is a team sport, it’s also an individual journey, one without judgement. Some people come in who have been skating for their whole life, while others start slow and have to learn how to move and glide in skates. But those are skills that can be taught, so there is potential in everyone.

“We’re all Bambi the first day,” says DeWitt, “but you get great at falling.”

And it seems that with the support of the Roller Derby family, you also get really good at getting back up.

Previous Treasured Possessions: Taylor Clark
Next What’s In for Skin: A Guide for Summer