Eun Jeong Lee worked as a photojournalist for more than 10 years and has published work in National Geographic, The New York Times, USA Today and The Washington Post, among others. She attended graduate school at The University of Texas at Austin, and made the switch from photojournalism to academia, teaching at universities in both Texas and Pennsylvania. This fall, Lee began teaching in the Department of Mass Media at Southeast Missouri State University. 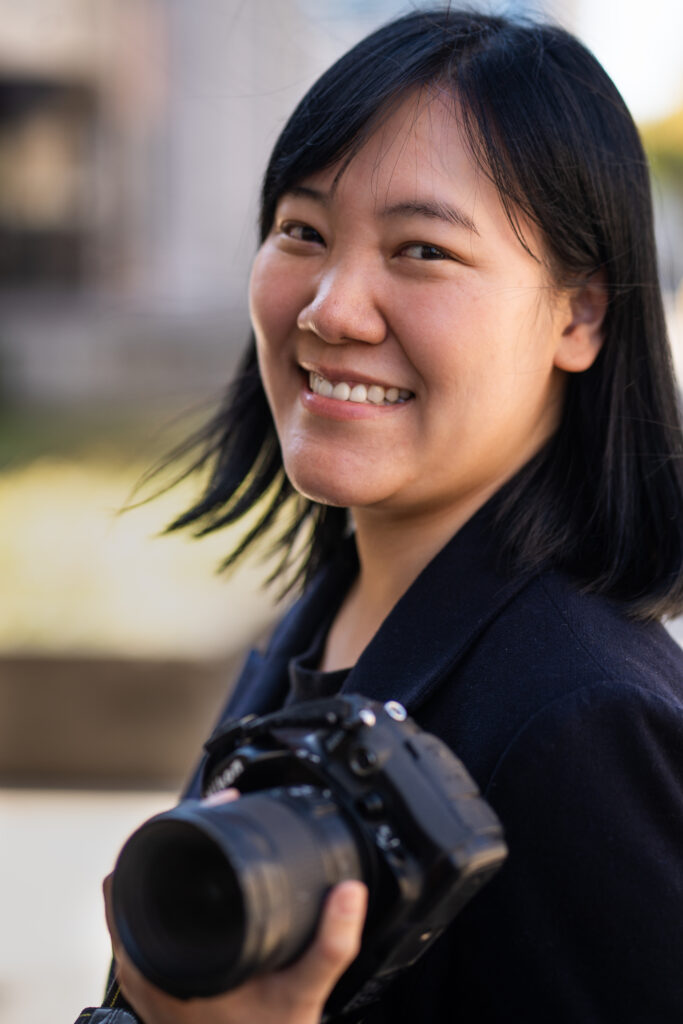 What led you to photojournalism?

I was born and raised in South Korea, but my dad was a diplomat. Since he was a diplomat, we were sent to India, and I was really young at the time … around 10. And it was kind of challenging to live in a foreign country where you don’t know their culture, their language and everything is new. But then, my dad bought me a camera for my birthday, and I started to go out and take pictures.

So, when I took my camera and went outside, even though I didn’t know their language, I was able to connect with them by the camera, by the device. When I pointed my camera to them, they would smile back to me. And that’s how I got to know the power of photography. Photography really connects people, and you don’t know them, but we can share the commonality of photography.

What are your favorite subjects to photograph?

People. Every individual has stories to tell. We are all unique, and we all come from different backgrounds and stories. So, it has always been people, and it always will be.

What is your favorite photograph you’ve ever taken?

I started to take pictures when I was in middle school, and one of the photos I took was in India. It was an old man sitting down, and I don’t know what you call that, but it’s like a cigar. It’s really long. I still have that picture in my house back in South Korea. My dad really likes that picture, so it’s still there.

What is one of your favorite projects you’ve worked on as a photojournalist?

I worked with several National Geographic photographers and journalists to do some stories, and one of the stories I did was about North Korean defectors living in South Korea. They did the story over a year. They followed North Korean defectors trying to escape their country to find a new life, a new place. So, the photographers, the journalists, kind of followed their footsteps going country to country before they landed in South Korea.

I was there as an assistant researcher and helper for them, and a translator. We also worked to produce a multimedia piece, and I helped them select the photos and videos and stuff. It was a really cool project.

I’m sure that was also a difficult project to work on. What was one of the most difficult things about that project?

It was sensitive, because if you look at the stories of North Korean defectors, they really go through life struggles. Some of the family members see their parents being, sometimes, killed in front of them. And I’ve met some of the young people who have experienced that in their life. So, as a journalist, you really have to build a bond, a relationship with a subject first, and then ask the questions later. And that’s something that I learned when doing the story. You really have to respect the subject.

Can you describe your photography process? How does something go from an idea to a published photograph?

First, I have to have passion. [I ask myself,] “Do I really like to do this project, or am I doing it because I have to do it?” I’m into the former, [which is,] ‘I’m doing it because I like to do it.’ Then, I research. There are so many stories out there. There are so many kinds of people out there and different cultures, too. So, research is the second most important thing.

Then, go out. Go out and take pictures. That’s when the technical aspect and creative aspect comes in. You have to not only know how to use the camera, but how to tell stories in a visual way. And then, you come back. You look at your photos, and you select them. That’s not just about making slight changes in Photoshop, but it’s more about selecting what’s important to your story.

And then, publishing it. You may have this great story to tell, but just keeping it to yourself, that story is going to die. You have to share it.

Why is it important to create?

I think it’s important to create, because the process of creating is finding who I am. There is a joy in creating something, and while you’re creating, you’re having fun. Not only are you having fun, you’re finding what you’re good at. It is, at the same time, about knowing who I am.

Previous Makers: Melanie Reichert, Sculptor
Next Make a Difference for Others: Plan a community betterment project