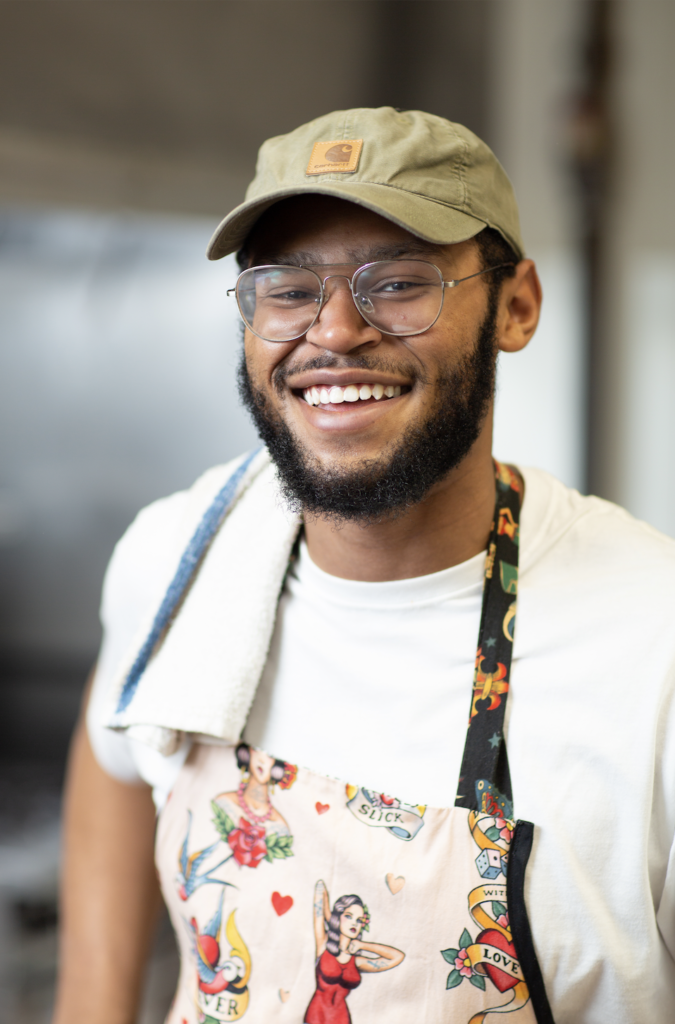 His second step is to gather the ingredients. Buck hates wasting food, so he makes an effort to avoid frequent runs to the grocery store. By keeping his “staples” on hand — onion, garlic, meat, potatoes, beans, Asian noodles, pasta and grains — Buck is prepared for almost any basic dish. He calls these meals “cabinet-clearing” meals.

“I grab things that may go together, and I start piecing [the meal together] like a puzzle, thinking about what flavors will work well and how they will nuance into each other,” Buck says. “I let myself go into autopilot and trust my gut.”

Buck ditches the recipe and prefers to cook “on belief.” From a complicated etouffee to a simple salad, Buck utilizes this method. With salad, specifically, Buck enjoys playing with the raw flavors and finding a balance as he goes. In what he calls a “well-balanced” salad, Buck combines orange, mint, crushed walnuts, blueberry vanilla goat cheese and a smidge of red onion. To dress the colorful creation, he uses a white balsamic wild elderberry vinaigrette with honey.

When plating the “well-balanced” salad, he uses a reduction and piles the mixture into a mountain of green. Buck says he always “goes for height” when plating salads. While he enjoys the creativity and personality involved in the plating process, Buck has to remind himself not to get carried away and remember people are waiting to eat.

“Sometimes, you just gotta put it on the plate,” Buck jokes.

Buck grew up on the South Side of Cape Girardeau with his parents, Tamara and Patrick. With his mother away at law school on weekdays, he split his childhood between Cape Girardeau and Charleston, Mo., with his grandmother, Portia Zellars.

Watching his grandmother bake her famous tea cakes and lemon pies or cook after-church dinners exposed Buck to the joys of the kitchen. He absorbed her process, learned the importance of cleaning up and managed to ruin multiple lemon pies by tasting them early.

“[My grandmother] taught me about cooking for other people and imparting your love into it,” Buck says. “With cooking, you sign up to make other people more comfortable, to serve people. That was probably the most important thing she taught me — selfless service.” 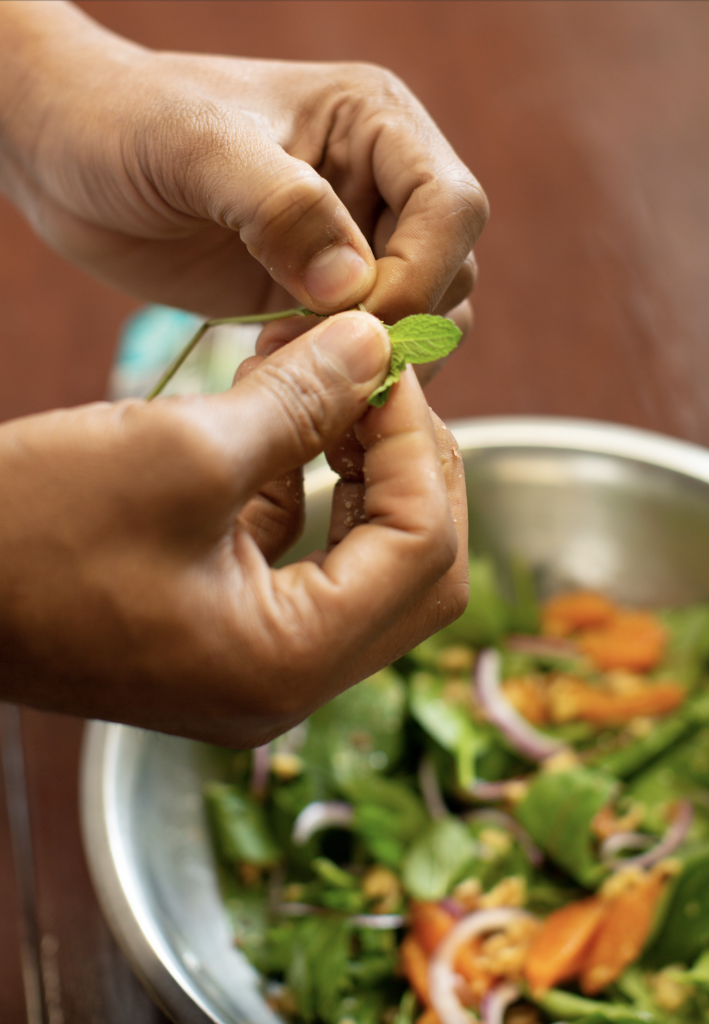 Buck began his personal journey with cooking in junior high school, when he learned how to make pot roasts from watching YouTube videos. His passion for cooking waned in high school, but he rediscovered it in college when he moved out of his parents’ house and had to provide for himself. During this time, Bucks says he realized “what a brick of ramen can turn into.”

Buck attended Southeast Missouri State University as a journalism major, but kept gravitating toward cooking. In the spring of 2020, he decided to leave college to pursue his passion full-time, which he describes as “not the most highly-favored decision” by his family.

“I felt like I was working in the wrong direction. I wasn’t very committed and definitely wasn’t very focused,” Buck says of being in college. “I just kept finding myself cooking and trying to make that work. So instead of working in two directions, I just dropped [out] and worked towards cooking. It has made me feel so much more fulfilled since then.”

Buck has worked at multiple local restaurants — including Gabriel’s Food + Wine, Broussard’s Cajun Cuisine and Celebrations Restaurant & Bar — and led the kitchen as head chef at Semo Crawfish Company. As head chef, Buck enjoyed the level at which he interacted with the food, from choosing the raw ingredients to seeing the complete dish come together.

Now, Buck enjoys his newfound freedom as a freelance chef. He books orders through his email and Instagram, while working for A La Carte Catering in Jackson, which he describes as “part of the freelance game.” At the moment, his most popular orders are pasta dishes and charcuterie boards.

“Cooking is an art, because, at its most raw form, it’s passion,” Buck says.

Pursuing any passion or art is a process, and Buck understands this. He is committed to constantly improving through listening, studying, learning from his mistakes and harnessing the infinite knowledge of YouTube.

“You have to be committed to [cooking], study it, have mentors and take guidance. In any other art form, you have to do those things,” Buck said. “You can’t just wake up and play the trumpet. You have to have some days behind the music stand.”

Previous Art for You: “Memories”
Next Spring 2022, “femininity:” from the editor