Designer and seamstress uses fabric to care for others

In fact, one of her favorite pastimes is going to fabric stores and touching different fabrics, planning her next pattern-making and sewing projects. It’s a love she can see has been a part of her personality even as she looks through family photos of herself as a little girl: she has always loved to dress up.

The summer before she went into ninth grade, she told her mom she wanted to learn to sew. They went to Hancock Fabrics together and bought a pattern, and that was the beginning.

Her mom taught her how to read patterns, and Mead watched YouTube videos to teach herself to sew. Mead didn’t enjoy reading patterns, however, so she decided to start making her own. She used her imagination to create original patterns and designs, figuring out how different sewing techniques worked. She also took an online course. In 2014, she took a training course in North Carolina to become an image consultant. Now, she operates a Facebook page called Sutreece and an Instagram account, @designsbysutreece, where she posts her work. Out of her home, she offers wardrobe building, custom skirt making, style consultations, closet audits and more.

“Touching and feeling the fabric, it sparks this idea of what I want to make — this is the silhouette I want, this is what I want it to do whenever someone walks in it; I want it to float this way, or I just want it to stand out and be its own — and then from that point, I just determine what kind of pattern I want, what style … and then I just start making that pattern,” Mead says. “And then from there, it’s pretty much just assembly.” 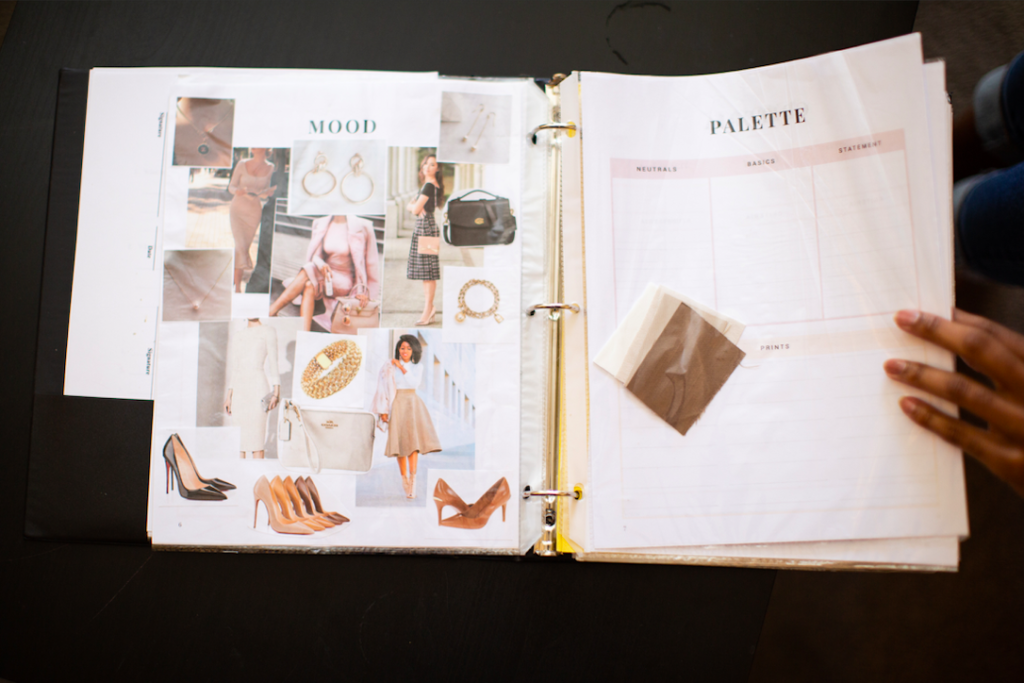 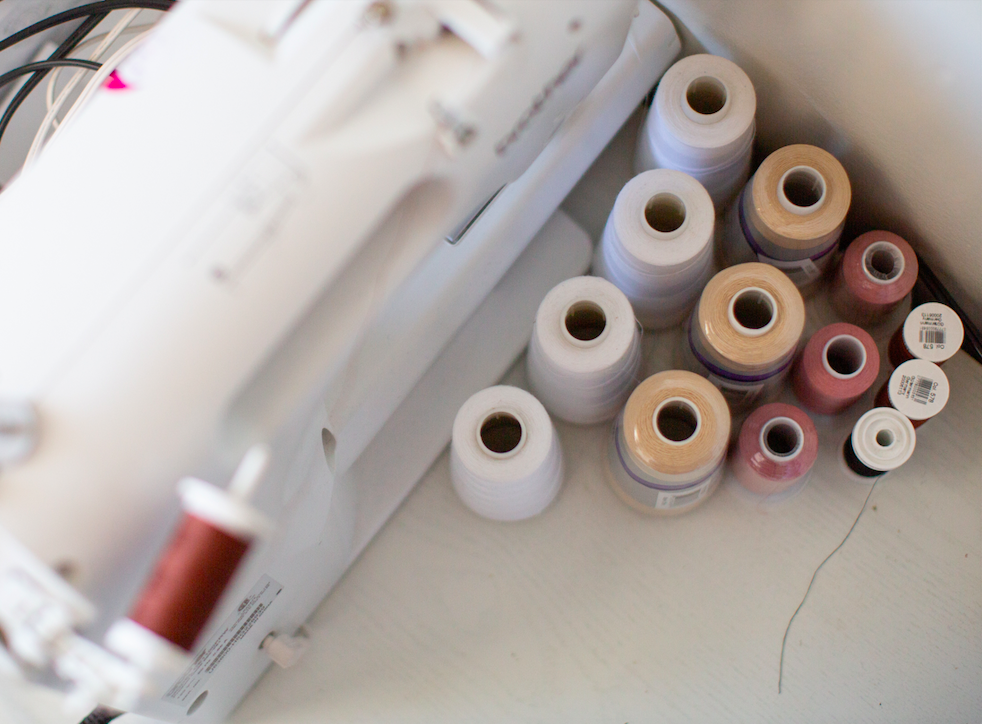 Sewing machines and supplies are tucked in a corner when not in use by designer and seamstress Tiffany Mead.

While a student at Southeast Missouri State University, Mead studied fashion merchandising, where, among other skills, she learned how to make store displays and how to distinguish between the qualities of more than 100 different types of fabric. She says this helped her understand the process from the initial idea for creating a garment all the way through to seeing it on display in a store.

Her life is much like constructing a piece of clothing.

“It kind of seems like my life has been a little this, a little that, now we’re over here, and it didn’t make sense, but now I can see how it’s all culminating and coming together. And it’s such a journey,” Mead says. “It’s just been years of steps and growth and learning and development until you look back, you don’t realize all the stuff that you’ve learned or how far you’ve actually come or how much you’ve grown.” 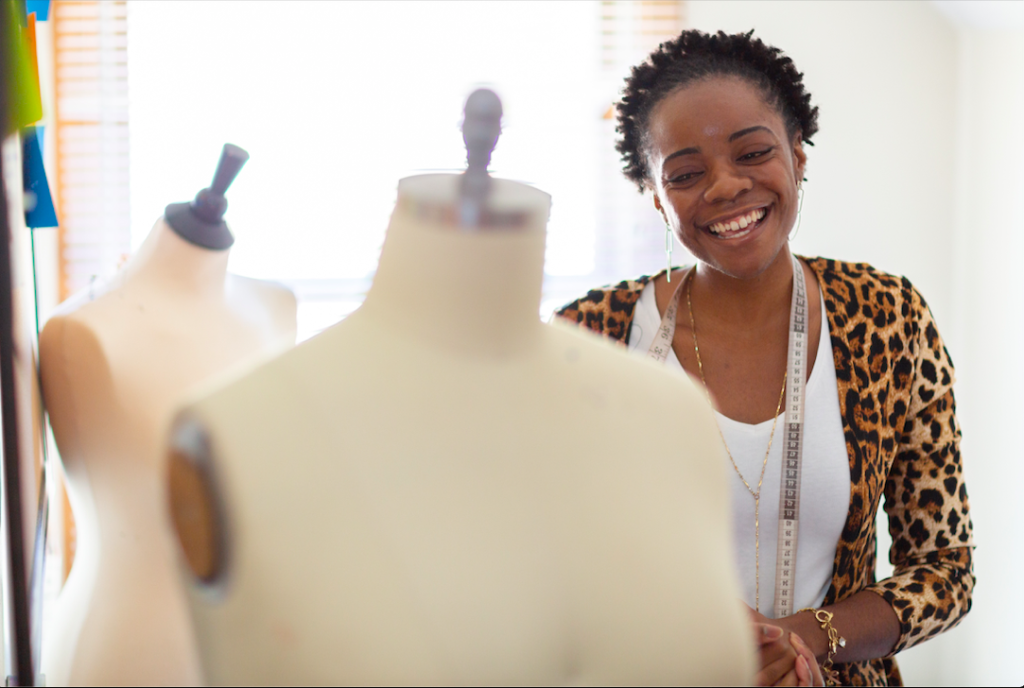 Tiffany Mead owns several mannequins, all of which she has named. 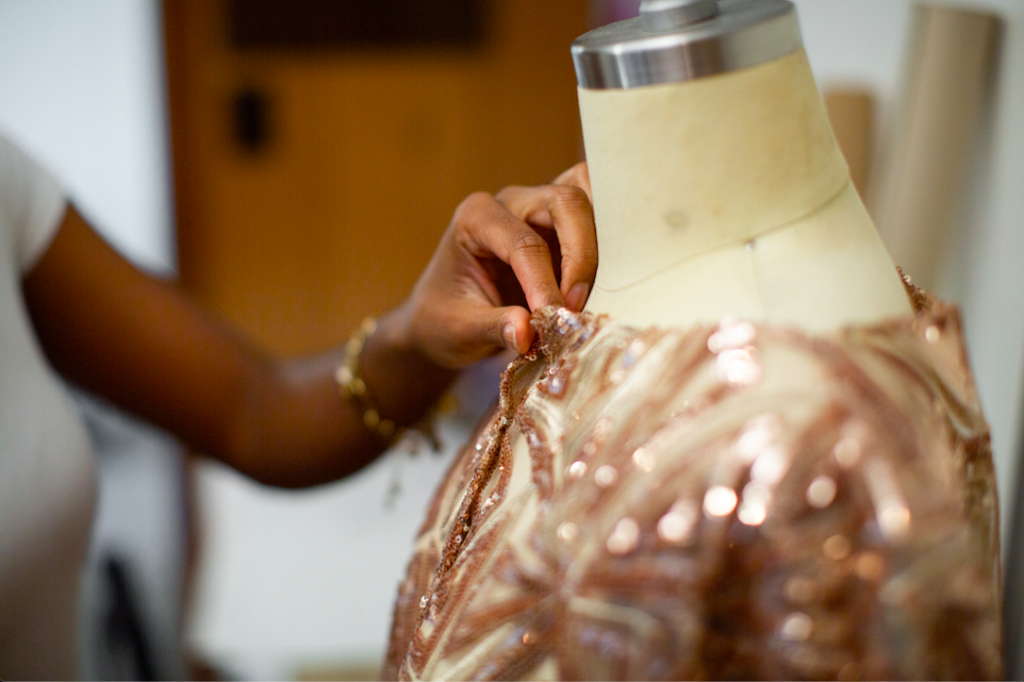 Tiffany Mead hangs one of her garments on a mannequin.

In all she does, Mead strives to build up other women. She works in ministry at her church and is the assistant mentor for the Central Middle School Tiger Lilies, a mentorship program that works to “empower young ladies to discover their inner strength.” In the midst of working in these roles, she finds time to pursue her passions of designing, pattern making, sewing and fashion consultation, which for her, is also a ministry.

“Something I had to learn myself was that there’s nothing wrong with being fabulous. And a lot of us, we don’t realize that we are already fabulous,” Mead says. “So having someone that can make something based on your personality, your specific shape and your proportion, all of that, it makes a big difference.”

In the past, Mead says she has struggled with confidence and body image, a struggle that helped her develop her “four keys for fabulousness,” including color, proportion, shape and personality, which she uses when styling clients. Because of this struggle, she says her favorite part of designing is seeing a client “light up” while wearing one of Mead’s creations.

“Knowing what it’s like not to feel beautiful, I think that allows me to connect to [clients] in a way that I may not have been able to otherwise,” Mead says. “And so when I’m making something, I’m making it, and it’s real personal to me, because it’s like, ‘Wow, this is an opportunity to really be able to serve someone else.’ … I just hope that whenever I can make something for someone that they really feel that and that I’m able to minister to them in that way. Because it’s not just about wearing the clothes; I’m concerned about the woman.” 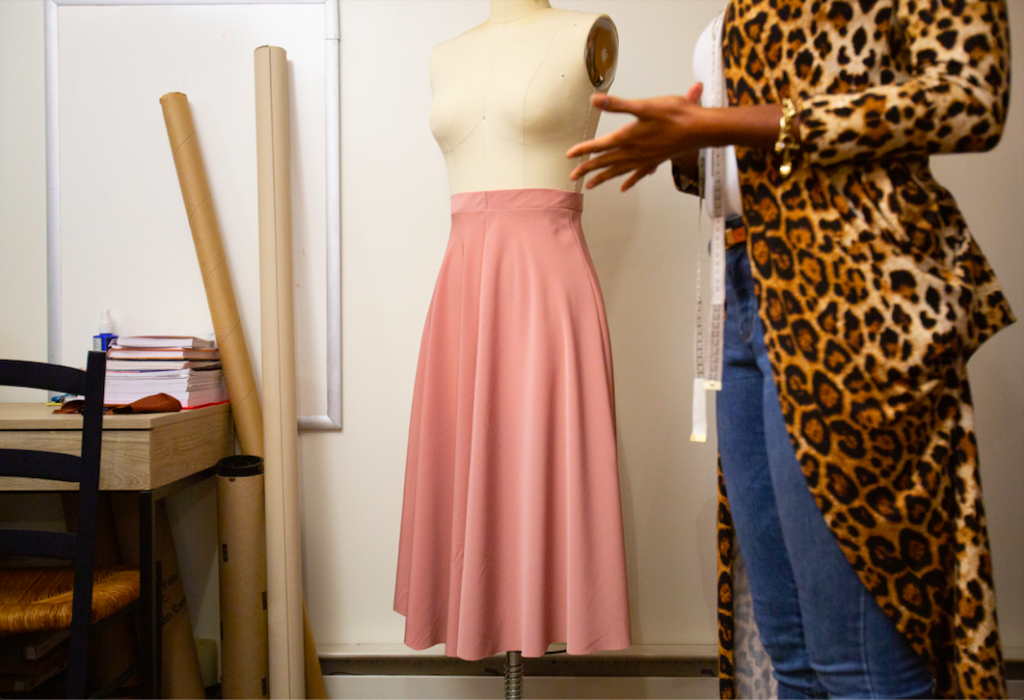 A skirt, one of Tiffany Mead’s original designs and creations, hangs on one of her mannequins. 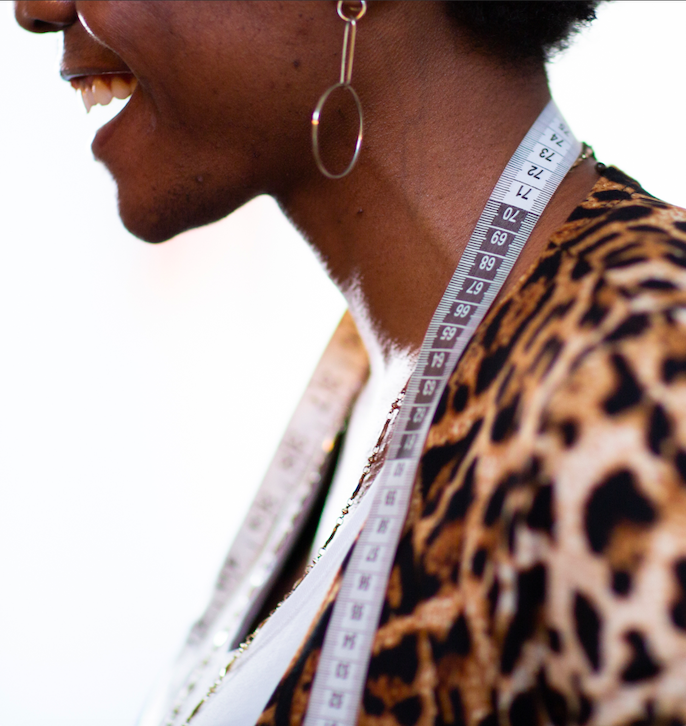 A measuring tape drapes around the neck of designer Tiffany Mead.

Mead describes her personality as “vintage” and draws inspiration from the 1940s and 1950s, with a touch of Victorian. Her favorite fabric is lace. Her style inspiration is Coco Chanel.

“Coco’s probably my favorite,” Mead says. “I think it’s the simplicity. It’s very simple, but it’s classy, and it’s elegant, and it stands the test of time, so throughout the ages, the silhouettes are so simple that it’s hard not to be able to kind of dress it up.”

She is especially drawn to the silhouettes and small details from these time periods, and the way they highlight femininity. And it’s also about the lifestyle: she likes that women during these time periods took pride in dressing, and that they understood the importance of being patient, waiting and following certain protocols.

At the core of it all, Mead wants to help other women believe what she has come to know: that each person is fabulous. Fabric is her medium.

“I’m grateful for the things that I’ve gone through and have overcome so I can share that with other women, hopefully give them hope,” Mead says. “It is about embracing our own personalities, because we all have them. So we can’t be other people, but we have to just learn to embrace who we are. So yeah, it’s definitely more than just clothes.”

Previous Images
Next Letter to My Self at 20: Erin Urhahn