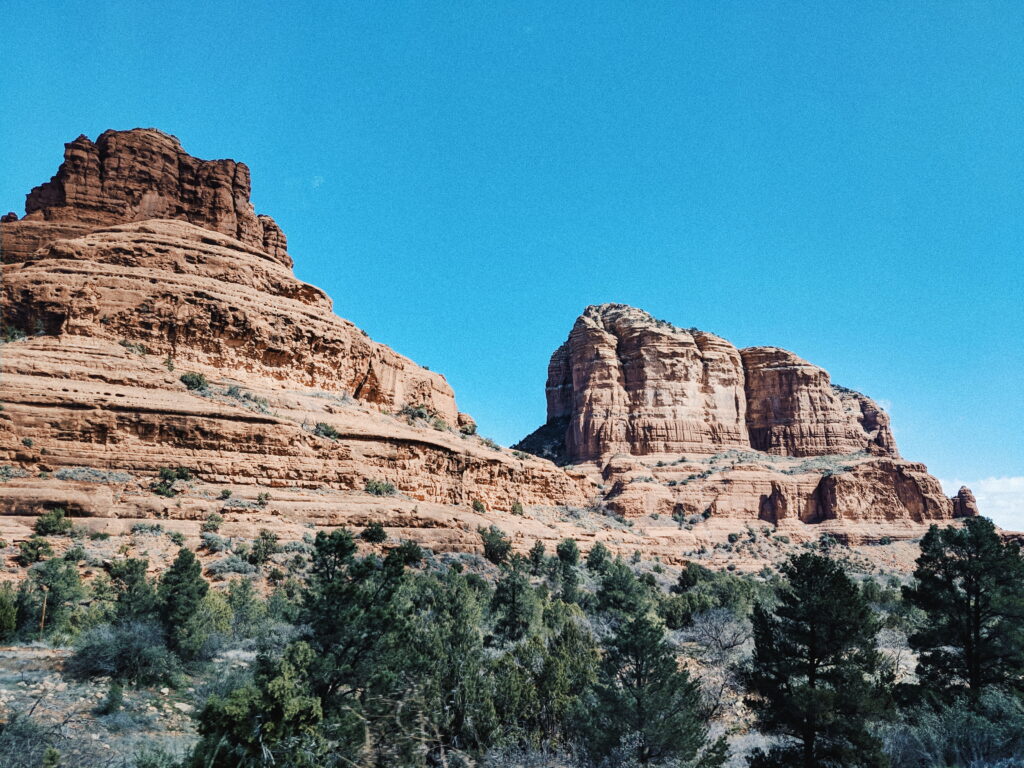 The drive out to Sedona was marked by windows down and chilly air, unrestrained laughing and our favorite playlists on blast. It was one of those drives that reminds you, sometimes you really are living in your own movie. There was nothing to look at for a long while, but out of nowhere, after emerging out of a valley — it was all before us. The red rocks and blue skies that had crept in to view absolutely captivated me and drew me in; it was as if someone had reached down from the sky and sculpted the cliffs around us. Looking out at the scenery, I realized tears were rolling down my face, an expression of just how truly awestruck I was.

Throughout the day, I mentally captured and recorded the “movie moments” happening around me because I knew I was going to want to relive it over and over. A lot of these recorded memories were quirky ones that truly portrayed our friendship. Like trying to discreetly redress our new tattoos in a Native American store parking lot, splitting nachos in a little cantina because we hardly had any money, and making friends with locals who told us about spirits and energies in the area. The day was filled with self-reflection and long talks about friendship, God, nature and life while we walked on bridges over streams and red rock paths through the desert scenery.

Previous meet along the way: Dana Perkins
Next Letter to My Self at 20: Noreen Hyslop