Coffee Talk: Sisters Discuss Life of More Than 10 Decades Together

It’s the small moments in life that people remember and talk about. Not the big events like the Great Depression or the Spanish Flu or the first time they rode in a car, no. It’s the kind of coffee their dad always drank, the games they played with their brothers and sisters while growing up, the mishap on the first day of their first job that they care about. These are the things that matter to us and make up a life; not necessarily the historical events that function as a backdrop behind which individuals love and lose and experience the day-to-day.

At least, this is the case for the Bollinger sisters, Connie Mayfield who is 109 years old, Hazel Hutson who is 96 years old and Mary Lou Hansen who is 93 years old. Connie and Mary live together in Mary’s home in Marble Hill, Missouri, and Hazel lives just a few miles down the road at her home in Lutesville, Missouri. Their brother Dick is 90 years old and also lives in Lutesville, and their sister,Belva Banta, is 103 and lives in a nursing home in the area. Four of their brothers who are now deceased also lived well into their 90s. 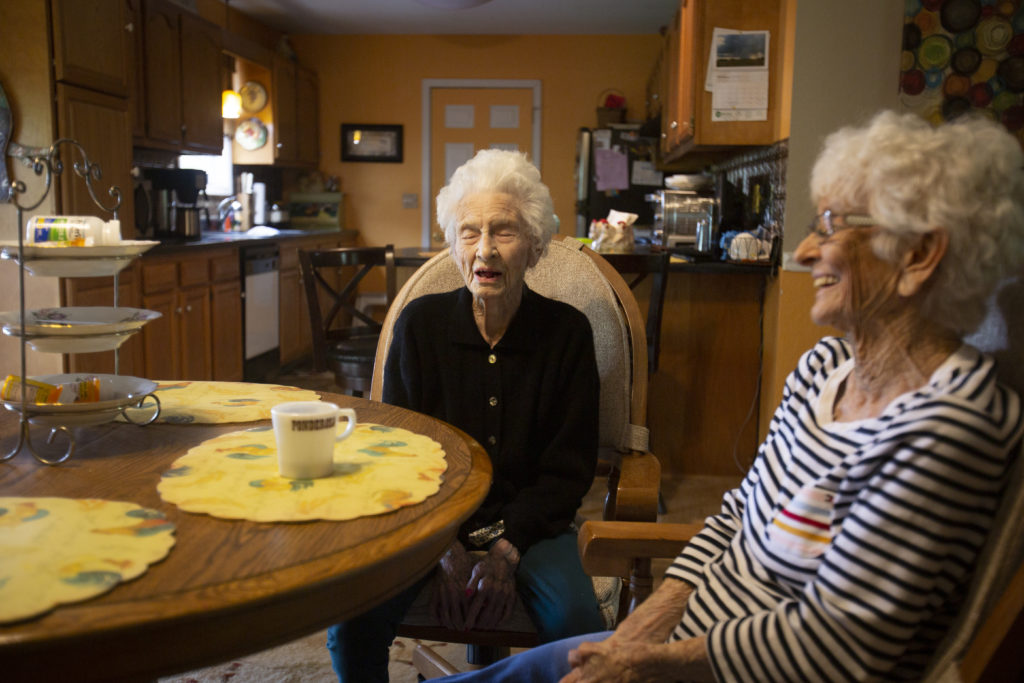 Gratitude and enjoying the simple pleasures of life like the people and place right before you are themes that run through nearly everything the sisters say as we drink coffee and sit together at their kitchen table. It’s a 2 o’clock ritual Mary started a few years ago: each day, she invites her siblings, family members and people from the community over for coffee, a time for them to tell old stories and enjoy being with each other.

The sisters say they grew up poor but didn’t know it because most people in Marble Hill where they lived were in similar circumstances. More than any hard times, they remember swimming in the creek behind their house nearly every day and skating on it in the wintertimes, the glee of roller skating and riding their bikes on the gravel roads between Marble Hill and Lutesville after the roads were blacktopped, and the way the neighborhood children congregated at their house, all of them playing together outside most days until dark.

“We went through hard times, but everybody else was in the same boat. Didn’t know any different,” Connie says.

“We were happy,” Mary says, remembering how hard their mother worked to raise them. “Well anyway, we’re still a-going. So I guess nothing hurt us too bad.” 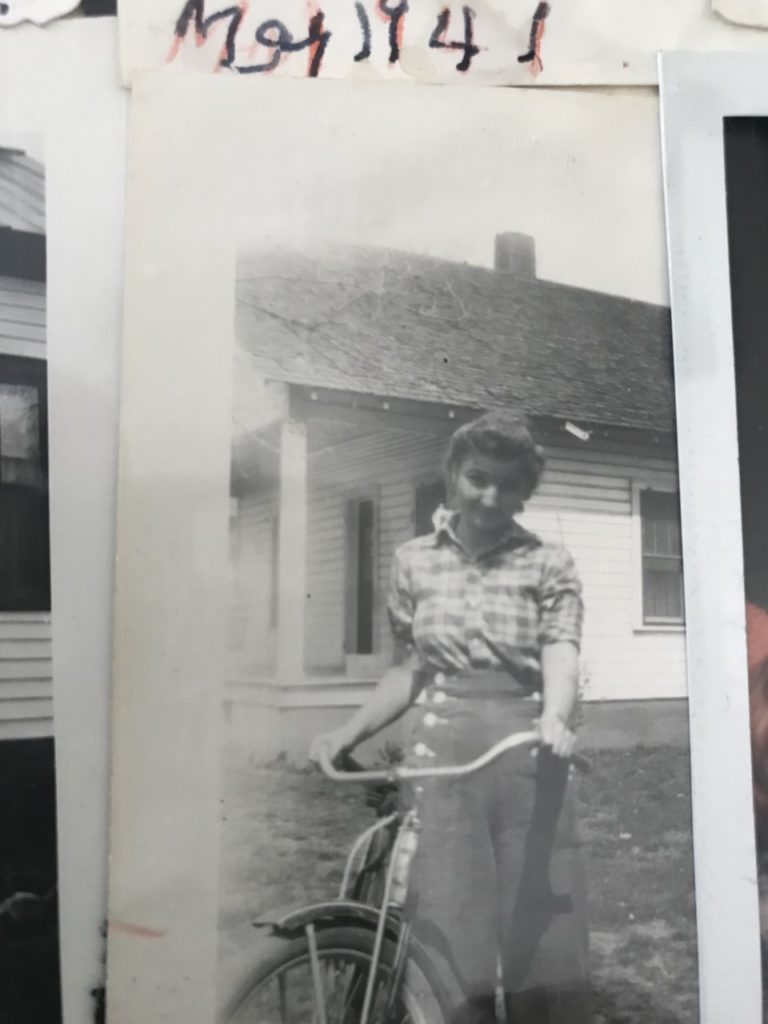 From the time she was around 16 years old to retirement, Connie worked as a teacher, first in a one-room schoolhouse in Bollinger County where she was the sole teacher of students in grades one through eight and then in Portageville, Missouri. Mary and Hazel say she was a beloved teacher often requested by parents because she made her classroom beautiful and incorporated creative, real-world projects into her classroom, such as having a classroom store to teach students about money. Her husband was also a teacher and superintendent. Connie says she enjoyed working with her students; a couple of them still keep in contact with her throughout the year. 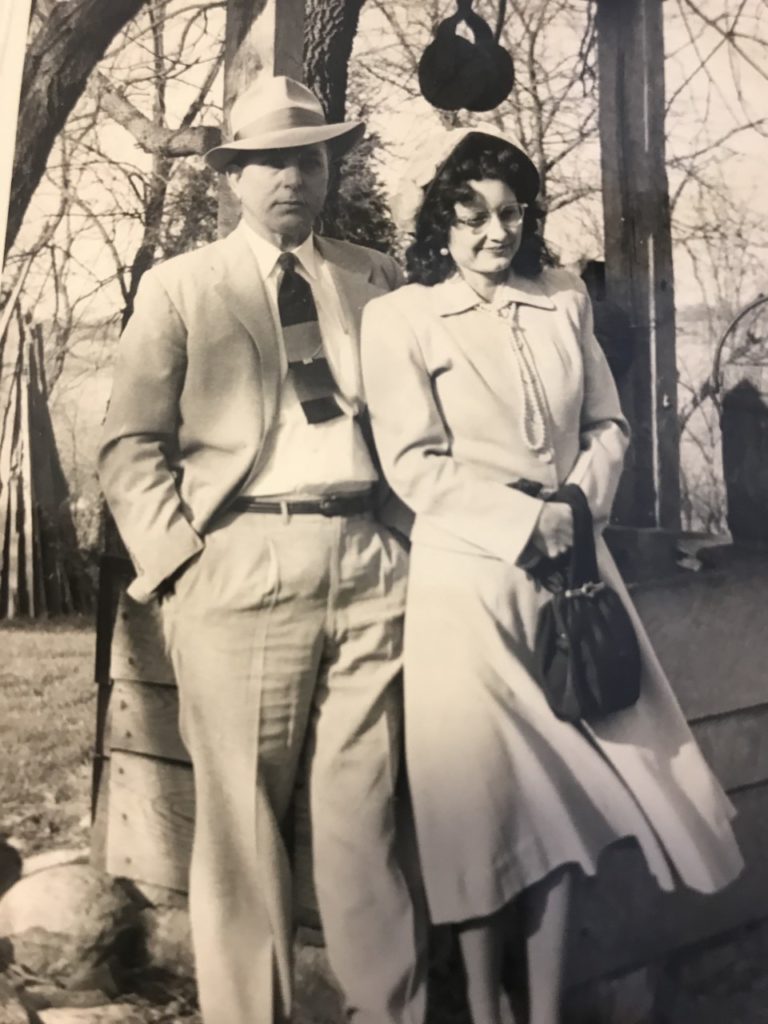 Connie Mayfield poses for a photo with her husband, Truman Mayfield, around the year 1942 at her childhood home next to the crooked creek in Old Lutesville, Missouri.

“Oh, I enjoyed my life. I’m really old now, but I’ve enjoyed all of it,” Connie says. “I never thought I’d be living the life that I did and teaching all these years. But you should do what you enjoy, and that’s what I did.” 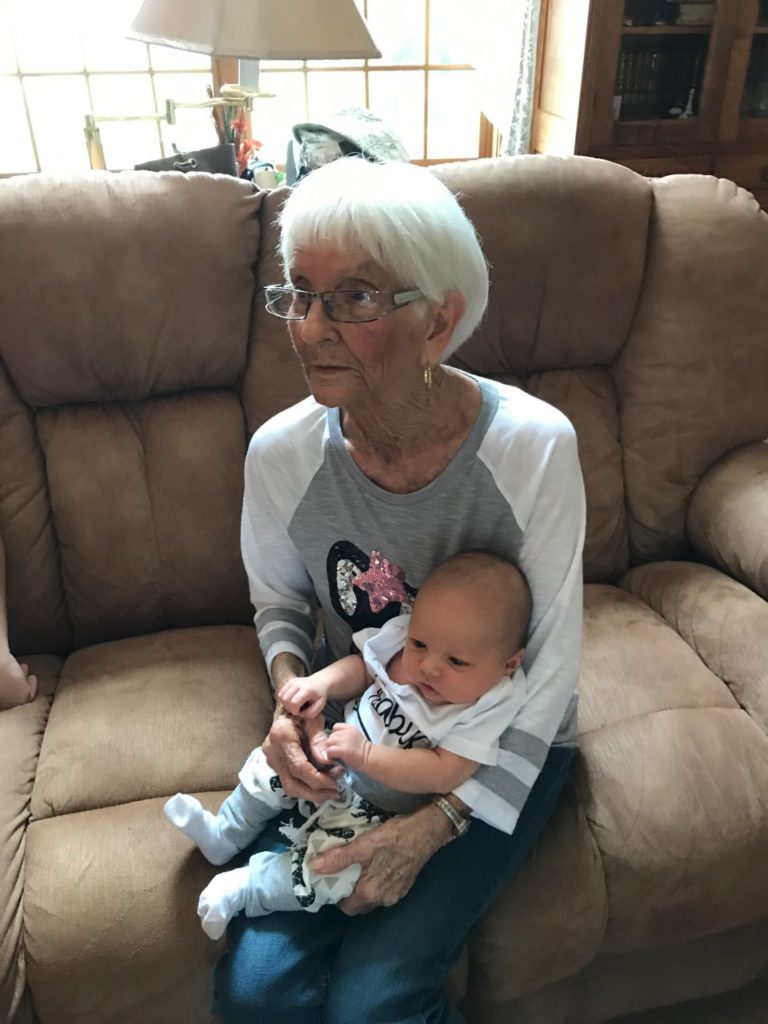 Mary says she did not enjoy school while she was growing up and often stayed home from it on Fridays to help her mother with the cleaning. During her adult life, she worked for a brief stint at a pencil factory in St. Louis, which she didn’t like, cleaned houses in Bollinger County and worked in the cafeteria at Woodland School, which she says she really enjoyed even though she doesn’t like cooking because of the camaraderie she felt with her coworkers. What she really loved, though, was dancing, and especially doing the jitterbug. She and her late husband have two daughters.

As she grew up, she also loved hanging out with her older sister, Hazel. The two went to bowling tournaments and did most things together.

“And I couldn’t go anywhere with a boy when Mary went along,” Hazel recalls.

All these years later, the strong bond between the three sisters is still apparent. They help, correct, reprimand, and are proud of each other in equal measures, the way only people who have known each other from childhood can be.

Despite her younger sister “tagging along,” Hazel married a man and together they had three sons. She has lived most of her life in Bollinger County, as has Mary; the sisters say they love it because it is small, they know everyone and everyone knows them.

Hazel says she was “never so glad to come back home” to Bollinger County as when she lived for a couple of years in St. Louis while working at the pencil factory fitting the metal part onto the pencil. “Nothing important,” she humbly says. She also worked at Superior Electric in Cape Girardeau making fans, at a cleaners in Lutesville and also as a dishwasher at a local restaurant. As a young woman, she loved to ballroom dance. Now, her great-grandchildren bring her deep joy. 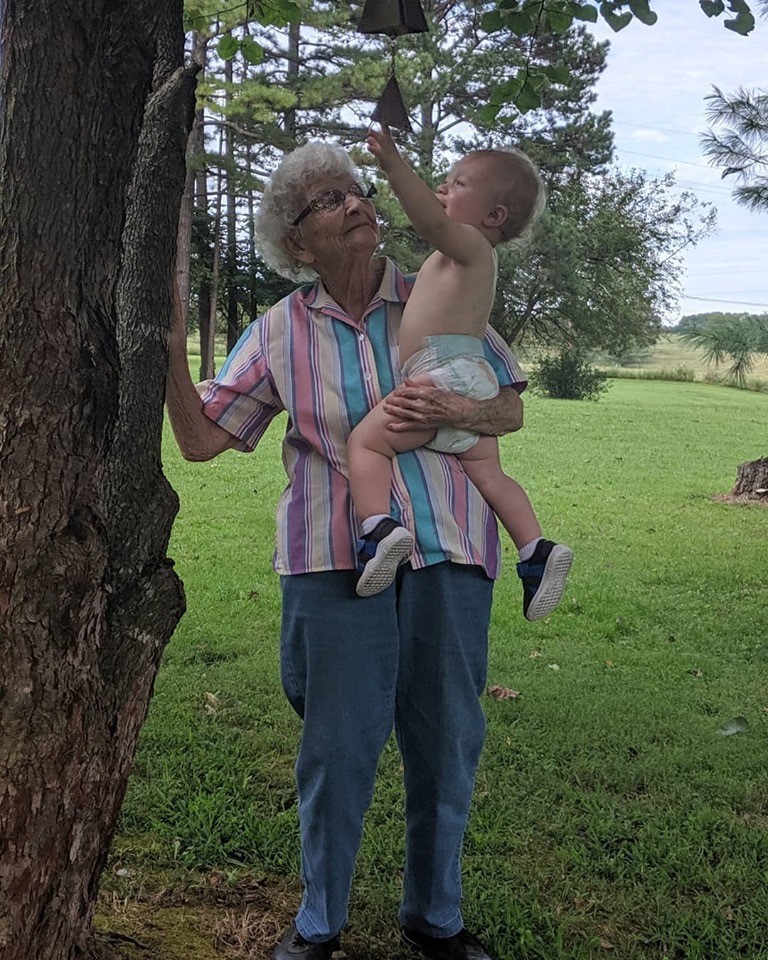 During their adult lives, the sisters have traveled to the Holy Land, Hawaii and Cancún together thanks to Connie, who traveled somewhere new with her husband each summer. Connie says she doesn’t have a favorite place she has visited because she’s loved them all. Perhaps one of the most interesting trips, however, was when she left her husband behind in Florida to visit Cuba by herself while she wasn’t supposed to be there due to tense Cuba-U.S. relations.

“[Somebody said], ‘Don’t you know there’s a war on?’ Didn’t bother me, I just wanted to see what was going on,” Connie recalls. “I enjoyed it.”

The question remains: with their myriad of life experiences over the past nine to ten-plus decades, what is the sisters’ advice for living a long, fulfilling life?

Her sisters offer different perspectives to her thoughts.

“Well, it’s getting to be pretty long for me,” Hazel says.

“I love it. I’m not ready to go yet,” Mary says. “In other words, I don’t have my suitcase packed yet. I’m ready to stay on here a while yet.”

So, it seems, the key is simple: wherever you are and whoever you’re with, enjoy what you have. Be grateful. And, just maybe, take time to enjoy a cup of coffee black around 2 o’clock each afternoon with your sisters and friends. 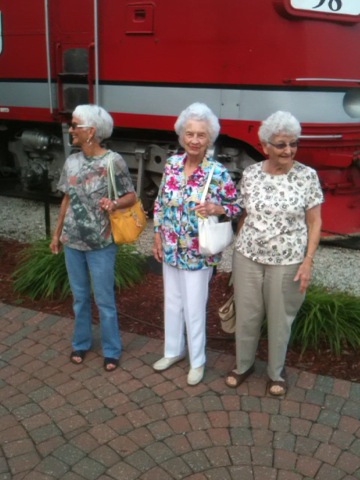 Previous Scavenger Hunt: Vania Johnson
Next from the editor, summer 2020