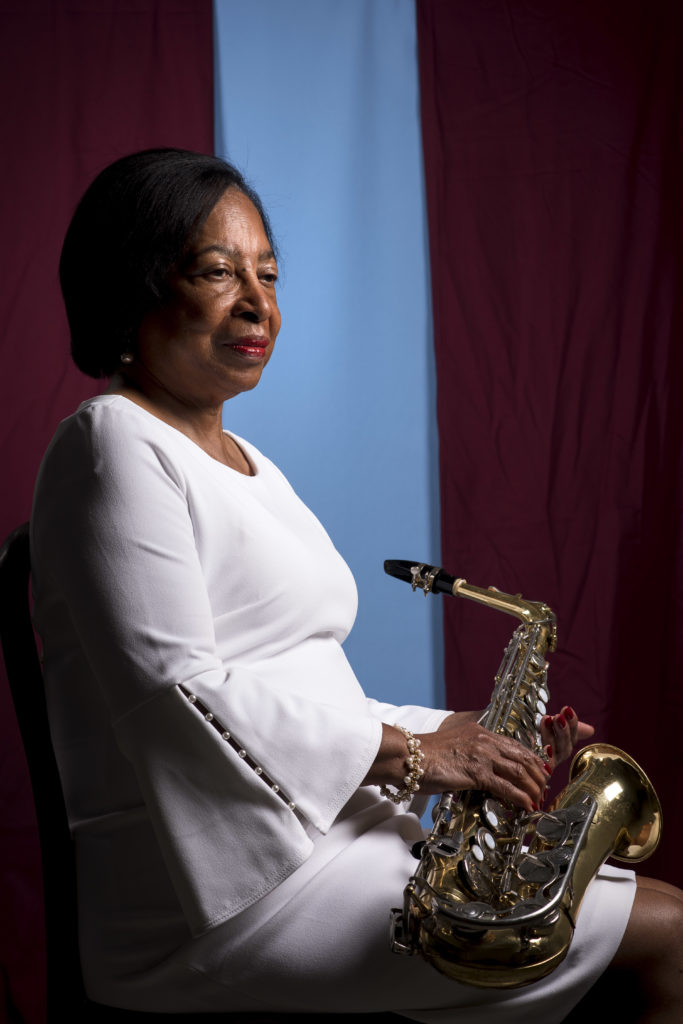 When Leslie Prater, the son of Dr. Loretta Prater, author, consultant, community advocate, retired dean of the College of Health and Human Sciences at Southeast Missouri State University and 2019 Zonta Club of Cape Girardeau Celebration Award recipient, was killed by police officers in 2004 in Chattanooga, Tennessee, Loretta’s last thought was to write a book about it. Reflecting on the time, however, she says even then she had a sixth sense feeling that she needed to keep records and artifacts from everything that was said about the case. Although she initially collected newspaper stories, written documents and news interviews for when the case went to trial, these artifacts ended up laying the groundwork for the book she wrote about the experience, “Excessive Use of Force: One Mother’s Struggle Against Police Brutality and Misconduct,” published in 2018 by Rowman & Littlefield Publishers. The book uses her own personal experience of her son’s death coupled with research she conducted to discuss police brutality in the United States.

It’s a book Loretta tried to find in bookstores when her son died, a book she thought could help bring her solace and understanding. As hard as she tried, however, she recalls she couldn’t find a book written solely by a mother of a victim of police brutality. She realized that maybe she was the one who was supposed to write it.

Police brutality is a topic Loretta acknowledges is difficult to discuss because people often liken police officers to saints, labeling anyone who speaks against them as “bad.” Loretta has spent a significant amount of time thinking about the topic and is diplomatic about it, being clear that she is referencing those who transgress the high calling of their office.

“There are a lot of [police officers] out there who I would say are pretty close to sainthood, but just like any other profession, you have some that are good, you have some of them that are not so good and you have some actually that are doing criminal things themselves,” Loretta says. She likens it to those few physicians who dilute cancer drugs to make more money or those few teachers who abuse their students, citing that most people agree these people should not be held in esteem. Those few police officers who use excessive force should be treated no differently from people in other professions who abuse those who trust in them, she believes.

Writing a book about her experience is something one of her friends encouraged her to do, a woman whose son had also been killed by the police whom Loretta met through a group they formed together with other mothers who had lost their sons to police brutality. As Loretta kept hearing mothers’ stories and realized many of them felt like they were going through the experience alone, she decided to write the book.

The writing didn’t come easily, however. Besides the fact that she was dealing with the grief and trauma of losing her son in this sudden and violent way and writing about it often felt like reliving it, Loretta had written book chapters before, but never a full-length book. She decided it would be no different from writing book chapters for other people’s books: she would just write multiple chapters on the same topic for her own book. She began doing research at Barnes & Noble, looking to see what else had been written on the topic and who was publishing it. She says when she went on trips to other cities, she visited their bookstores, too, doing research.

Her next obstacle was that although she knew she wanted to write for other people experiencing the effects of police brutality directly so they would know they weren’t alone, she didn’t know who would want to read her book or who her audience would be. Being from the world of academia, she knew she wanted to include research in her book to lend it credibility alongside her personal experience. But beyond that, she didn’t know where or how to start.

It was around that time that she attended a conference where an author she admired was the keynote speaker. Afterward, she was able to talk with him. While telling him about her struggle in identifying an audience, he provided her with the solution.

“What he said to me, it made perfect sense. It was so simple,” Loretta recalls. “He just said, ‘Write it as a book that you would like to read.’ That makes perfect sense. Hey, why didn’t I think of that? So that’s what I decided to do.”

It was then that she felt she could finally start writing.

“I was like, OK, I know I got this book inside of me, and there’s something called bibliotherapy, and I think bibliotherapy would help me to put some of this stuff on paper and just get it out of me,” she recalls thinking. “And if nobody reads it, that’s OK. It’ll serve my purpose.”

It turns out that people did want to read it, however. Although Loretta had five publishers turn down the manuscript for the book, thanks to the publisher who accepted it, “Excessive Use of Force: One Mother’s Struggle Against Police Brutality and Misconduct” is now part of Harvard’s and Yale’s law schools’ library collections. Her book’s release has also opened up opportunities for her to talk with university students in criminal justice programs throughout the country, both in person and via Skype. She has also led police officer trainings in Cape Girardeau, as well as in Chattanooga, Tennessee (although she led the Chattanooga trainings long before the book was written.)

One of the elements of the book Loretta was most passionate about was the book cover: it is a photo of her son Stefan at his brother’s grave. Loretta says Leslie loved crosses, so when her daughter-in-law showed her the photo on her phone, she knew it was the one for the cover.

As for future work, Loretta says she has enough material to write another book from the material her editors suggested she cut out of the current one. She would like to publish this material as a book that focuses on divine intervention and her spiritual experiences with her son’s death.

Loretta is a strong believer in the community policing model used by the Cape Girardeau Police Department and says the way they do it is “the way it should be done.” She hopes, through her books and speaking, as well as through other people raising their voices and transforming the way they think and act, other families will not have to suffer from excessive use of force by the police.

“It’s not an isolated situation — it’s cultural, it’s racial, it’s geographic, it’s historical, it’s all of that,” Loretta says. “This is just one little snippet, and we’re just one little family that happened to get into this. And we weren’t looking for it; I always say it came and found us, but we couldn’t deny and just say ‘OK, well it happened, let me move on.’ You can’t move on. It [was] 16 years January 2. I can’t move on. Not even yet.”

“Excessive Use of Force: One Mother’s Struggle Against Police Brutality and Misconduct” by Dr. Loretta Prater can be purchased here.