Meet Along the Way: Laurel Adkisson 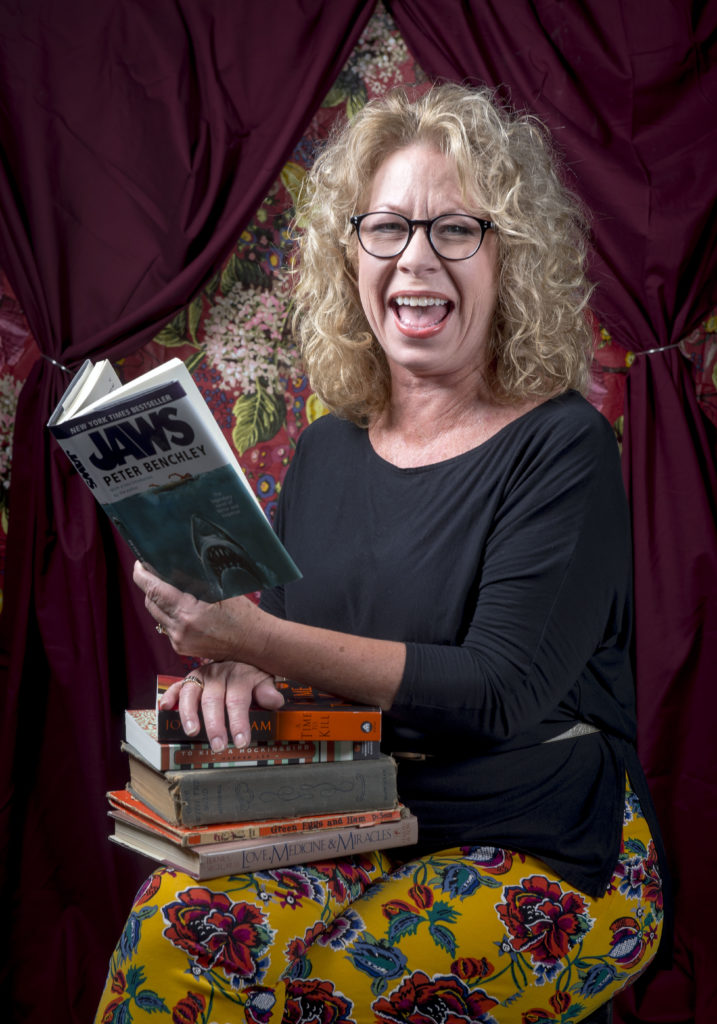 Approximately 20 years ago, Laurel Adkisson, 2019 Zonta Club of Cape Girardeau Woman of Achievement, became the first woman in Cape to own an American Family Insurance Agency. It’s something she says never phased her because her parents raised her to do what she wanted to do in life, instilling in her that she could do anything. From an early age, she worked in her family’s business and grew up knowing if she wanted to run a business, she could.

Laurel recalls that in the early days of running her agency, people would often come in to her office and look past her, asking where the agent was. Laurel says it took a while for her to realize they were looking for an agent whom they assumed would be male. Nevertheless, Laurel says she has largely experienced fair treatment in the workplace. It wasn’t until around 2015 when American Family asked her to be part of a book study on “Lean In” by Sheryl Sandberg — which is about gender inequality in corporate America — that Laurel realized the discrimination some women face in the workplace, based on the comments made about their own experiences from women in the discussion group.

“That kind of made me start looking around a little bit more and realizing I took for granted being encouraged as a woman to succeed and to be in business and to own a business or be what you want to be,” Laurel recalls. “I had taken that for granted all these years.”

The daughter of a businessman, Laurel came to Cape Girardeau to attend Southeast Missouri State University. She worked part-time at the Holiday Inn while she was a student, which she says during the mid-1980s was “the place to be.” After graduation, they offered her a full-time position in their sales department, which gave her the opportunity to meet many people from Cape Girardeau. After this, she worked at the Convention and Visitors Bureau, doing sales with conventions and tour groups to bring them to Cape. From here, she went to work at Commerce Bank as what we would today call a retail banking manager, managing the teller positions and financial service representatives and opening new accounts and doing small loans. Each of these positions allowed her to be civically engaged within the community.

It was during her time with these employers that she joined Zonta, as well as got involved in the March of Dimes, Special Olympics and Riverfest. She says she feels very lucky to have had such supportive employers who encouraged their employees to get involved in the community and gave them the opportunity to do that during work hours.

Laurel says she works to listen to her employees, to ensure that each of them feel comfortable speaking up with their ideas. She says she is a hands-on leader and doesn’t ask them to do anything she wouldn’t do. She also encourages them to seek learning opportunities to grow, such as attending classes and seminars. Laurel also joined the Cape Chamber Women’s Network a couple of years ago to help women take the first step in making our voices heard and ideas known in the workplace.

On the flip side, she encourages women who are in leadership positions to listen to their employees.

Recognition is never something Laurel expected for her work in the community.

“I do things because I believe in them or I have a passion or I have someone who has said ‘I need help’ or ‘I’d like some help’ or ‘I need some extra volunteers,’” she says. She also notes that she feels like she was much more involved in the community 10 to 20 years ago. That’s why being named the 2019 Zonta Club of Cape Girardeau Woman of Achievement came as such a shock to her. So much that she hadn’t even prepared an acceptance speech because she thought for sure another woman would win.

The Zonta banquet It was a day, Laurel says, during which she felt so loved by her friends and family, who kept the secret from her for months so she would be surprised. They also contacted Laurel’s brother and sister (who lives five hours away) so they could both surprise her at the banquet with their presence when it was announced that Laurel had won.

“You’ve got to have a tribe. You’ve got to have those people that have your back no matter what. And I have them. And I mean, I have a strong group of them,” Laurel says. “For me, [receiving the 2019 Zonta Club of Cape Girardeau Woman of Achievement honor] was the experience of a lifetime. It was Zonta starting the process, but the way that my friends and the way that my family just wrapped me — I just felt wrapped in their arms and in their love, and it was just incredible.”