Meet Along the Way: Sarah Geringer

The first book author Sarah Geringer of Jackson remembers falling in love with was a Golden picture book directory her great-grandparents had at their farm. She would lay on the bed and look through the pictures and stories instead of taking a nap. Before she was four years old, she learned to read from watching “Sesame Street” and found great joy in the pastime. This, she says, was the foundation for her career as a writer.

“I think that every writer starts off with a love of reading, and that was definitely me,” Sarah says.

When she was in the seventh grade, she received a comment from a teacher on an essay she’d written about Thanksgiving at her grandparents’ house. The comment said, “Your writing is fun to read; have you ever considered becoming a writer?” At age 13, it was the first time she’d considered writing as a career. That, she says, was the beginning of her writing journey.

In October 2019, Sarah’s first traditionally-published mass-market book “Transforming Your Thought Life: Christian Meditation in Focus” published by Leafwood Publishers, debuted. While it is the first book that has been published by a traditional, mass-market publisher, it is the fourth book Sarah has written. Three others — “Christmas Peace for Busy Moms,” “Newness of Life: Trusting God in Times of Transition” and “The Fruitful Life: A Unique Look at the Fruits of the Spirit” — she self-published in 2016, 2017 and 2018, respectively. The first is comprised of 25 devotionals designed to reduce holiday stress for moms with small children and the second and third are hybrid Bible study/devotionals about Ecclesiastes 3:1-8 and the fruits of the Spirit, respectively. Sarah also writes for various websites and publications such as Proverbs 31 Ministries, A Wife Like Me and Hope-full Living, to name a few. She is a speaker to women’s groups about spiritual growth and other topics related to Christian living. In 2020, she plans to work on creating videos to reach her readers and on a version of “Transforming Your Thought Life” for teen girls. She also maintains a blog. 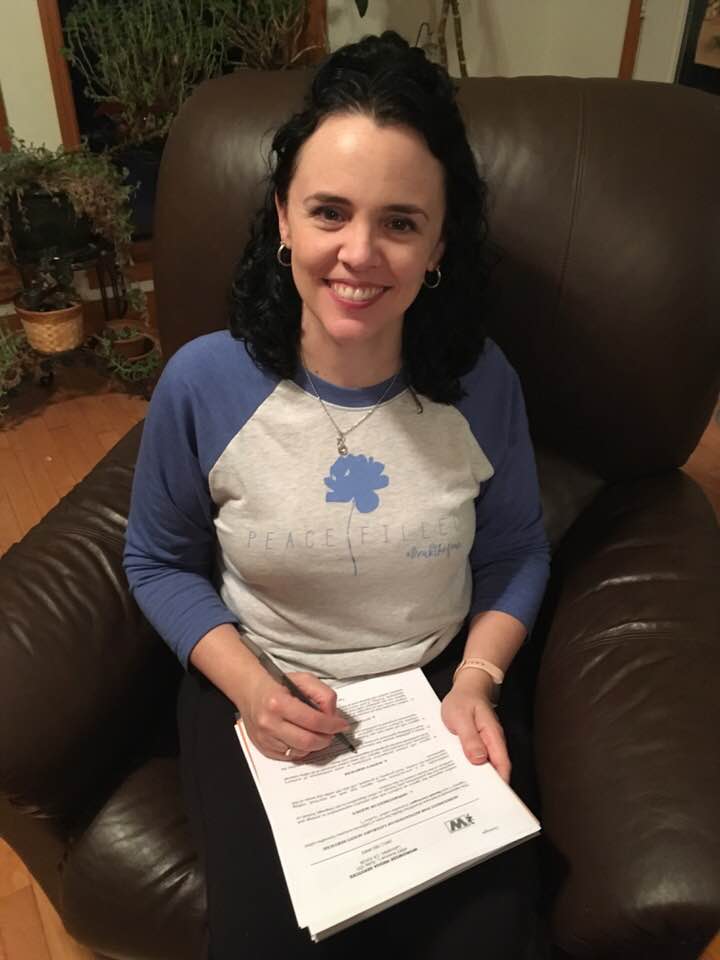 As is apparent from her résumé, the path to being a traditionally-published mass-market author has been one of hard work. After winning writing contests sponsored by Southeast Missouri State University while in high school, Sarah studied English at SEMO and then transferred to a private Christian college where she completed her degree. She says studying the classic authors helped her understand what was good, meaningful literature, “what was important and what could actually change someone’s life.” Not knowing a lot at that time about how to build a writing career, she put her writing dreams on hold to become a wife and mother. Throughout this time, she always kept a journal and continued reading for pleasure. This, she says, “kept the words alive in me.”

In 2010, Sarah began blogging, although it wasn’t until 2015 that she began blogging consistently. Each morning, she woke up at 4:30 a.m. to blog for an hour and a half before going to a job she describes as “stressful,” a job that didn’t allow her to express her creativity. This led to self-publishing, which she decided to do after attending the All Write Now Conference for several years in Cape Girardeau. She connected with her agent via Facebook and met her in person at a writing conference; after submitting a 60-page book proposal for a different book she had yet to complete while planning to self-publish “Transforming Your Thought Life,” her agent asked her to write a proposal for “Transforming Your Thought Life” instead. Two weeks after submitting the proposal there were publishers vying for it, and in May 2018, Sarah signed with her publisher.

“Transforming Your Thought Life: Christian Meditation in Focus” focuses on using Christian meditation to overcome common thought life struggles including negative thought patterns such as anxious, negative and discontent thoughts. Sarah gives the reader specific verses from Scripture to apply to these types of thoughts, as well as specific Scripture verses that reference the antidote for that type of negative thought. It’s a book born of her own practice of practically employing meditation on Scripture in her own life, which she has done since 2003.

Entering a “flow” experience is what Sarah loves about writing.

“Any kind of creative person will understand what it means to enter the state of flow and that is when you feel like you are doing exactly what God put you on earth to do,” Sarah says. “When I’m writing a book chapter or a blog post or I’m also an artist, so painting, it’s kind of like time stops and it’s just pure pleasure. Not just for my own personal enjoyment, but knowing that people are going to see or read what I’m producing and be blessed by it, that is an extremely gratifying feeling. I think every artist wants to be known and they want their work to inspire and encourage other people or challenge them to see the world in a different way, and it’s such a blessing to be able to do that through work and through pictures.”

Sarah encourages people who want to create to take the first step.

“So many people out there want to write or they want to make art, and they just feel discouraged,” Sarah says. “I would say to them that every seed you plant is going to produce something. … So if you can just do something, I would say no less than once a week, you will have so much to show for it in three months, six months, 12 months. It’s being consistent.”

She applies financial guru Dave Ramsey’s advice of “pay yourself first” to writing.

“Literally, I would get up and write first and then go about the rest of my day because I was telling myself by doing that ‘Your dream matters.’ And it’s going to require work and sacrifice, but put it first, and then everything else will fall into place. And it did. So it’s just something that takes time, but if you’re consistent in pursuing your dream, you will see it come to fruition.”

It’s a dream and a journey just beginning for Sarah; we can’t wait to be inspired by her future work, too. 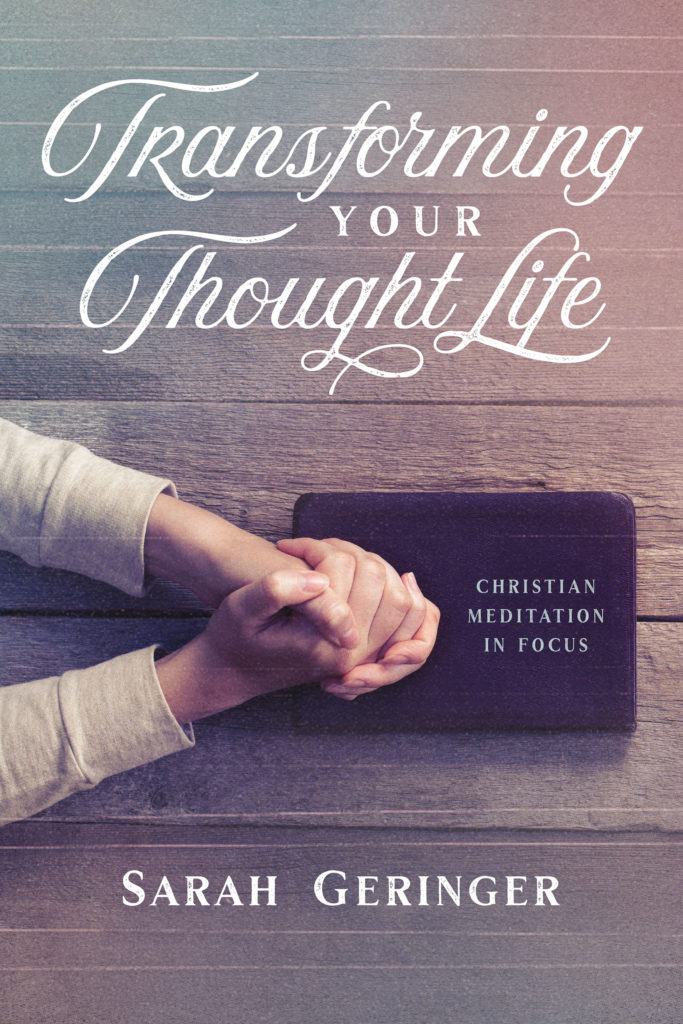 Want to read “Transforming Your Thought Life” by Sarah Geringer? You can purchase it here.