In Chicago, almost four decades ago, Robert Gentry was working at Cook County Hospital, and his friend told him about a wedding taking place.

“Two things that’s always connected with weddings: good food and beautiful women,” Robert says. “That’s what got me there. And they both worked out well.”

It was at this wedding reception Robert met his future wife, Mary. Like Robert, Mary didn’t know the bride or groom, either; she had come with her aunt. Mary didn’t give her phone number out to people, so Robert gave his. She put it in her purse and found it a couple of weeks later while going through its contents at work at Northwestern University. The first time she called him, she spoke with his roommate for 15 minutes before he told her he wasn’t Robert; Robert thought he must have given her the wrong phone number since it took her so long to call. They stayed connected after that, and were later married in Chicago by the Justice of the Peace.

Since then, they’ve lived in several places and owned numerous businesses together. After Chicago, they moved to Robert’s hometown of Lexington, Kentucky. When the opportunity arose for Robert to take a job in Florida, the couple relocated there. They later moved to Southeast Missouri, the region Mary and her family are originally from. The Gentrys have been here for more than 20 years.

One of their business endeavors included making jewelry using a technique called wire wrap. Mary and Robert did this for 25 years, and continue to make bangle bracelets, rings and pierceless ear wraps today. This business allowed them to travel around the country to arts and crafts shows.

“We’ve traveled to so many places, and along the way, we always enjoy the experience,” Mary says. 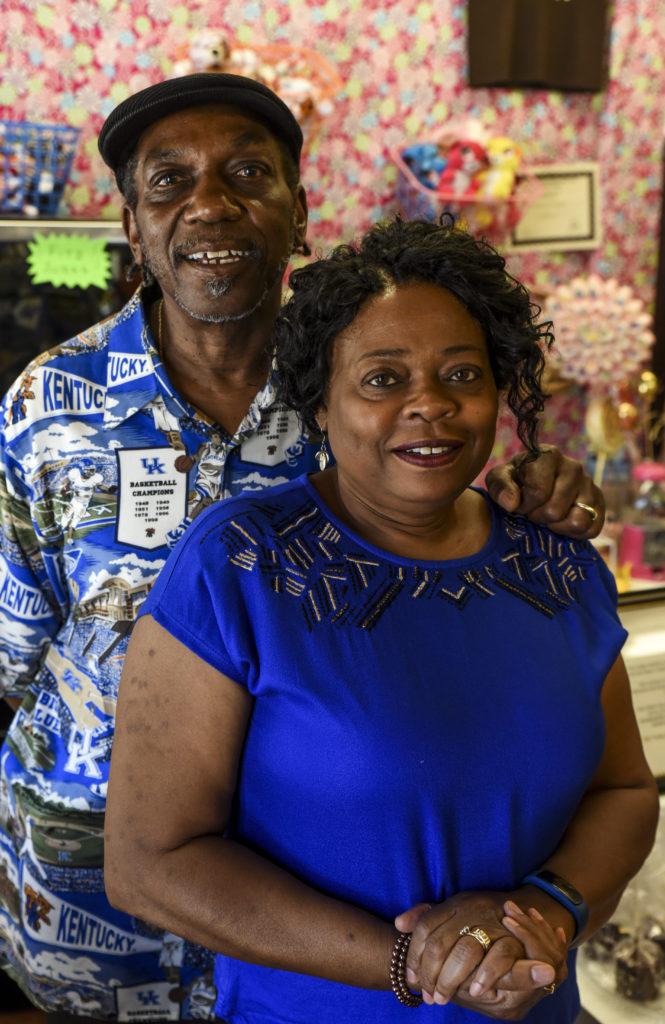 Their jewelry business allowed the couple to open their current business endeavor, The Corner Grocery Store, at 439 Broadway in downtown Cape Girardeau. The store was born 11 years ago, out of a need the Gentrys saw for a grocery store to serve the immediate neighborhood after the Save-A-Lot moved from Spanish Street to Sprigg Street.

Robert remembered his own mother’s experience walking to and from a grocery store with two children plus bags of groceries to carry, from when he was a child.

“Another additional block to walk was like another mile for her to walk,” he says. “So we had a real inside feel of what that difference would mean, and so we challenged ourselves, which we knew it would be an uphill challenge. … We got to thinking, it’d be nice to bring a grocery store back downtown. We forgot that it was not 1959 and little ma and pa stores don’t thrive like they did in the ‘30s, ‘40s and ‘50s. But we took it upon ourselves and we decided we wanted to bring a grocery store back into the neighborhood. And with a lot of effort, we did.”

The Gentrys later added hot food to the store, including the World’s Best Grilled Cheese and chicken and dumplings. They also make gourmet chocolates, their specialty the Kentucky bourbon ball. They say that not only have local residents embraced their store, but merchants in the downtown area have also been very supportive of the business.

The couple says they have learned much about and from each other as business partners.

“You learn to appreciate someone who’s very tolerant,” Robert says. “Especially on my end of it. She’s been very tolerant of our efforts of working together, and we try to have the same focus. But we’re still individual people, and sometimes one of us will take the lead on a certain thing.” 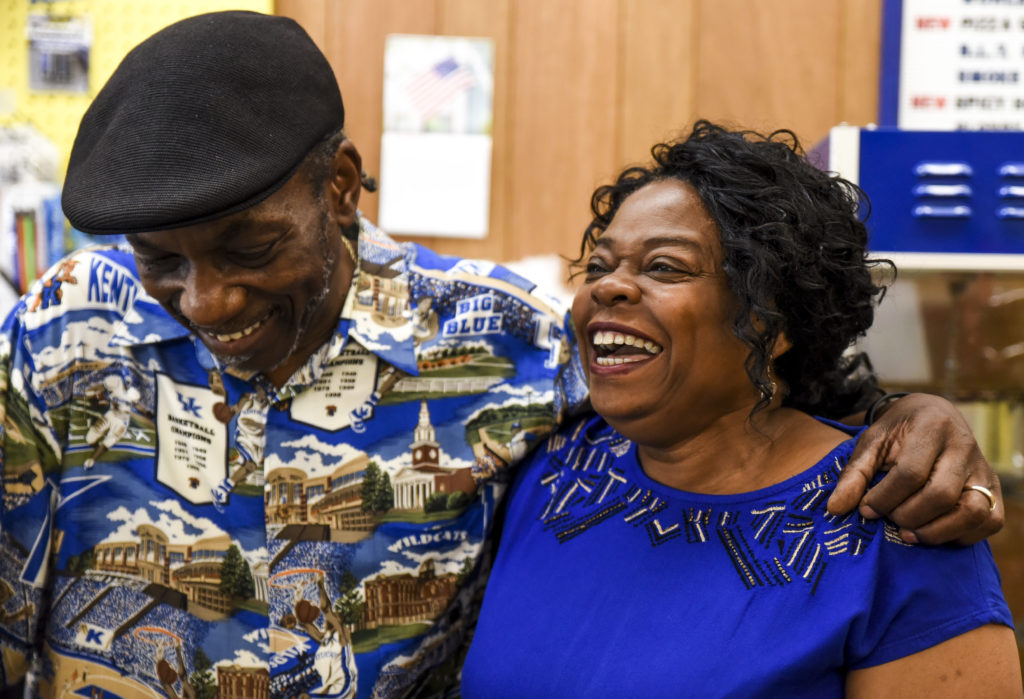 The couple is humble about their life experience together, and says they don’t like to give advice because the world is much different now than it was when they first met; they know each person has their own point-of-view and don’t want to impose theirs on others.

“One thing I do know is that I don’t know nothing,” Robert says. “So when you start with that premise, it makes it easy.”

Still, Robert and Mary have wise reflection on their life experience to offer to those looking for it.

After 37 years, how do they continue to like each other?

“One part of it is that you try to listen,” Robert says. “And I know ‘listen’ is an overused word, but it’s so important to listen to someone else. And you know that your opinion is just that — your opinion. And you know that someone else has their own opinion, and if you’re both listening a little while sometimes, you’ll actually hear what the other one is saying and you’ll try to be appreciative of their opinion. … I don’t know why this woman has been so understanding and appreciative to me, but that’s what makes it easy for me. I listen to her, and she says a lot of things that I know is right. Now, I don’t always agree that they’re right at the moment, but I know deep down that they are right and that they’re the best thing.”

“I think if you have love and respect for the other person, then you’ve got a good chance of making a relationship work because that’s where it starts,” Mary adds.

Growing together is also a key part of helping a relationship endure.

“You want to think your relationship is constantly growing,” Robert says. “Like life, it continues to move. Nothing — as the song says many years ago — nothing stays the same. If you’re together long enough, you’re going to see all of those four seasons many times. And you learn to appreciate the winters along with the springs. So you’re constantly growing and you want to think that no matter how much strong love you had 37 years ago, it still has a lot of room to continue to grow because everything around you is changing, which helps influence how you feel on just anything and everything, even love. The things around you change, and you do hope your relationship continues to grow all of the time.” 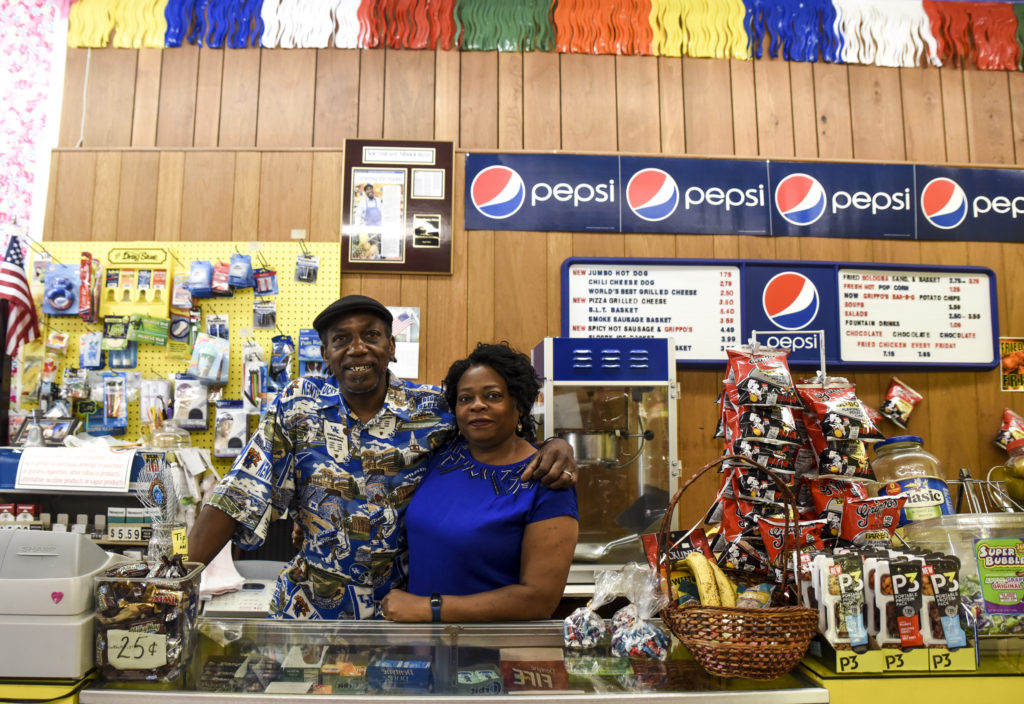 Although the couple acknowledges the things fostering growth are unique to each couple, they say spending time together is one way to nurture a relationship.

“I think you should always look at things that you might enjoy, things that you can do together. I think a lot of together time will help a relationship. As long as you can talk and communicate without getting too mad at each other, then that will help. You’ve got to know what the other person is feeling. You can’t just take it for granted.”

“As you go down this path of aging and you know that these moments are coming, if you’ve been together a while, that can be a good thing,” Robert adds. “You’ll have those [senior] moments, and if the person knows you well enough, you can work through those moments. Aging together, with listening and love for each other, that can help out. … It is good to know that you’re with someone who has your back.”

Previous Onward, Together
Next The Single Life