Here, Rekha Patterson shows us how she does, so we might, too. 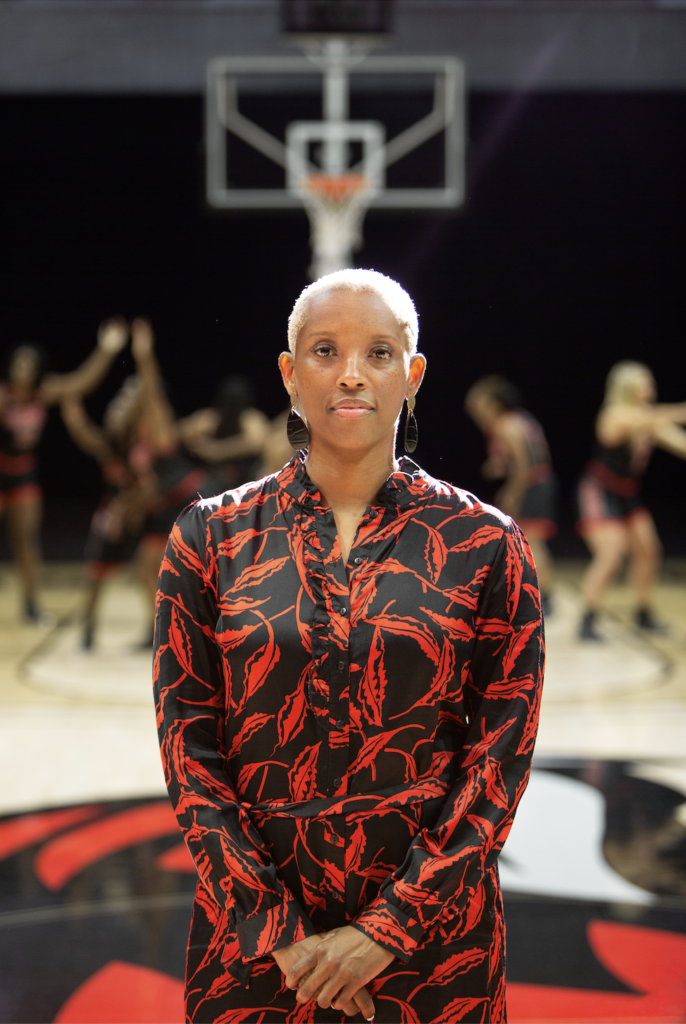 Rekha Patterson is the head coach of Southeast Missouri State University’s women’s basketball team. As part of her program, she develops young women as athletes and as people. Photo by Aaron Eisenhauer

The ages of 18 to 22 are some of the most developmentally significant in life; as the head coach of Southeast Missouri State University’s (SEMO) women’s basketball team, Rekha Patterson steps in during this time to not only develop athletes through her basketball program but to also raise young women into people who know who they are and who live from their integrity.

“Our goal in the program is for our young ladies to learn some life lessons, so that when they graduate and they leave us, they remember that everything they need is already inside of them, and sometimes, they just need to dig deep to remember that they’re equipped for whatever the challenge may be,” Patterson says.

Patterson grew up in the gym with both of her parents coaching high school athletics and always knew she wanted to be a coach. As a college athlete, her team went through a coaching change, during which time the new coach caused Patterson to feel she did not belong; Patterson says from that experience, she wanted to ensure none of her athletes ever felt like they weren’t hers. She began coaching as a graduate assistant at Baylor University and then coached at Eastern Illinois University, Ball State University and Creighton University before assuming the head coach position at SEMO in 2015.

To create a feeling of belonging, Patterson schedules meetings throughout the semester with each of the 15 players on her team, where the women come in and talk with her about their life outside of basketball and academics. She and the other coaches also plan sisterhood sessions, in which the athletes participate in team-building activities such as discussing their love languages; building shuttles out of paper, paper clips and masking tape; and sitting in the “red seat” to talk about their fears, joys and homes. Patterson teaches these skills because she hopes they will continue to shape the women’s lives in positive ways after they graduate.

“At the core of relationships is trust and communication, a common goal,” Patterson says. “It’s life lessons without their parents being right there with them. They’re figuring out who they want to be and what type of decisions they want to make.”

It’s not a role Patterson takes lightly; she says she recognizes when a student first comes to college, parents are “dropping their babies off, and this is their pride and joy,” and she is “completely responsible for them.” Under her care, she feels it is her job to protect each of the young women on her team.

Part of that, Patterson says, includes having expectations with clear consequences when those expectations aren’t met. And part of it includes allowing room for failure, as well as space for the athletes to figure things out on their own so they are better able to problem-solve when the coaches aren’t there.

“I think it’s important to, No. 1, fail, because that means you’re trying. You’re giving effort,” Patterson says. “We try to tell our players, ‘You either win, or you learn.’ Because a failure, it’s just an opportunity to grow, an opportunity to learn something that didn’t work, so now I need to do something different the next time I’m in that position. Or, I need to work harder at this, so the next time I’m in this position, I can have success, whatever that looks like.”

Helping people grow in these ways, Patterson says, is the point.

“We’re on this earth to give. Give of our time, give of our talents, give of our gifts to others, and we can’t do it alone. We’re not supposed to be here alone. And alone, that can look many different ways to people; while I am single without kids, I have a village, and I’m part of a community, and I have my groups. And so, we’re supposed to give to those people that we come in contact with,” Patterson says. “I think with raising people, you have to give grace — the same grace that we would want to receive. And we have to give space for them to grow and learn and figure it out.”

Patterson says her mother, aunt and grandmother have mothered her with that grace; she carries pieces of them into the ways she makes space for others, including sending birthday and sympathy cards to people like her grandmother did, as well as being the person who will hold her players to high expectations and yet also be fiercely on their side when someone does them wrong, like her aunt.

Patterson defines motherhood as unconditional love, a 24/7 job of being the person someone knows they can call no matter the time of day or night.

“Mothers just show up. All the time and at the right time. And I don’t know how they do it. But they do,” Patterson says. “Mothering is a lifetime. And it’s my hope that the relationships I have with my players is a lifetime. I hope that when amazing things happen to them, when they are graduated and gone on, that they still want to let me know. … That’s my hope, and I think that is probably as close to mothering as I can get, that even when they’re not with me, they know I’m with them.”

She regards mothering as a privilege.

“Shoutout to the moms that do it and do it, however you do it,” Patterson says. “You are brave and powerful and admired.”

Previous Mothering: Raising Children
Next Taking Up Space: Claim your place in the world.