Ovariesy: What does the profanity we use tell us about attitudes toward women? 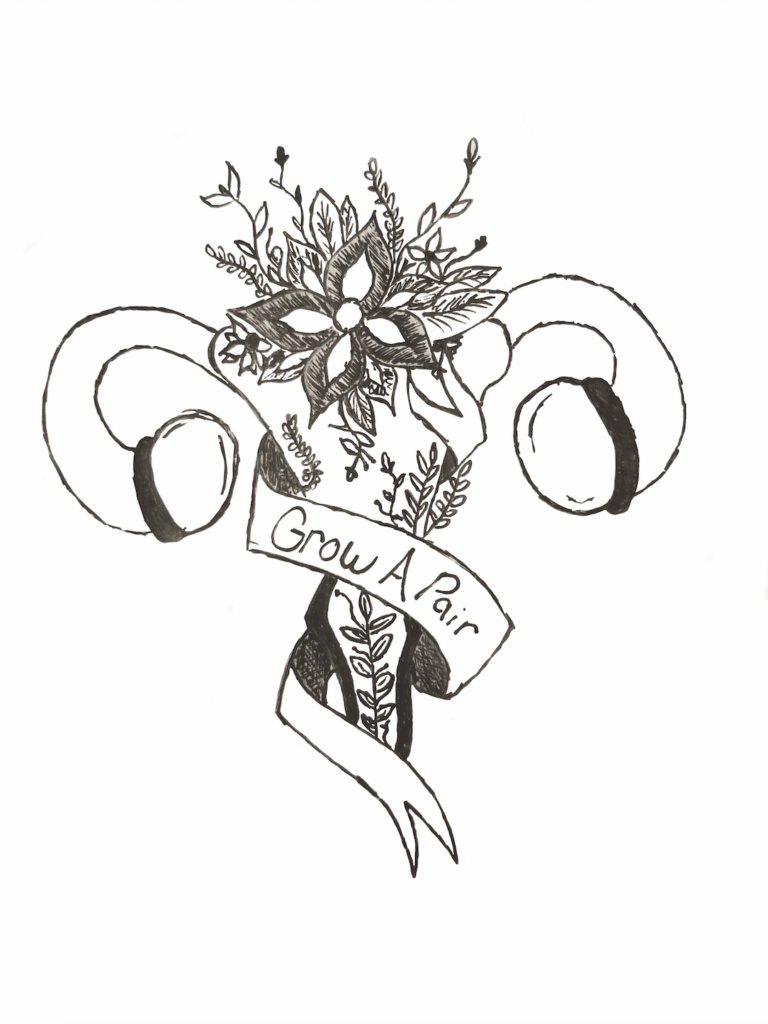 When I was teaching undergraduates during grad school, one day, one of my students sat down and flipped her laptop open. On her laptop cover, she had stuck a sticker of illustrated ovaries with the words, “You scared, bro?”

It was a brilliant sticker, and caused me to consider: Why had I, as an adolescent, been unquestionably forced to see male genitalia drawn on everything — chalkboards, notebooks, lockers — as my male classmates proved their masculinity to each other in this mystifying way, but was just first now seeing elements of my own reproductive system depicted publicly, as a form of protest? And more importantly, why had I never questioned it? Why did male genitalia, however many times middle and high school teachers and janitors worked to erase it, always keep appearing as a point of pride and normal part of adolescent consciousness, but female reproductive organs and genitalia did not? If I saw my own body depicted, it was to insult, not to empower.

I am fascinated by words that are considered curse words because, much like drawings of male genitalia and a subsequent absence of drawings of its female counterpart, they hide harmful attitudes about men and women in plain sight because we accept them as “normal.”

Let me explain. Curse words have power — they express anger, pain, surprise. They insult and emphasize. They tell us what a culture does and does not value. Think about it: Are you offended by curse words in languages in which you are not a native speaker? No? Perhaps it is because you do not share the cultural context with native speakers for why something is offensive. When we stop to consider why something is offensive, it has a lot to say about the subconscious attitudes held by a society.

In the English language, the phrases we use to insult are far too often words and phrases that degrade women and women’s bodies. On the contrary, words and phrases that refer to men and men’s bodies are often used to empower. Think about it: Phrases like “You’re the man” and “That’s ballsy” refer to males and male anatomy in a way that uplifts and admires. On the other hand, words and phrases like “Don’t be a sissy,” “You’re a bitch,” and “Cunt” use women, the roles we hold and parts of our bodies as insults, associating sisterhood with weakness, comparing women to animals and disparaging the most intimate parts of our bodies. It’s the cultural heritage passed down by a patriarchal society in which men who held sexist attitudes invented language that still encodes these attitudes into our collective psyche today. As a result, in the best-case scenario, sexist attitudes are perpetuated; in the worst-case, violence to women and women’s bodies is maintained as a norm.

Let us take a moment to consider what makes an insult, an insult. In “Bad Language for Nasty Women (and Other Gendered Insults),” Chi Luu writes that traditionally, “male” is considered the norm — which is evidenced in language through the use of “man” for both men and women, as one example — and that men are expected to be “strong and aggressive,” and women are expected to be “docile and deferential;” an insult is something that “accuses [one] of not behaving as [they] ought.”

“Women are insulted through references to sexual morals or being compared to sub-human entities, while men are insulted by being associated with women and weakness/femininity,” Luu writes. “As we can see, the language of invective attempts to condition, through verbal aggression, how women and men should really act, that women should behave like more well-behaved, self-effacing women and men should behave … well, not like women, well-behaved or otherwise.”

It’s the bad fruit of selfishness, one group needing to have dominance and control over another, in order to provide for themselves; we often make taboo what we are afraid of. If we demonize something as “other” or “different,” it allows us to believe we are not what we are afraid of. Women’s bodies are powerful, and historically, not all bodies are equipped with these same abilities; to make this power seem culturally unacceptable through language is an attempt to render it powerless.

The discrepancy between the harshness of terms that reference males and females, perhaps, reflects the double standards of expectations for both sexes present in our society.

But I’m not necessarily saying we shouldn’t use these words. In “Swearing is Good For You: The Amazing Science of Bad Language,” researcher Emma Byrne lists the benefits of cursing. Swearing, she writes, can help with team building in the workplace, as well as stress and pain management; it has also helped advance the field of neuroscience. Plus, saying curse words is just plain useful sometimes, when it is the right word for the right job.

What I am saying, though, is that we should consider the connotations of what we are saying when we say it, and select the word or phrase because it is the most accurate way to state what we mean. A conscious use of language and the historically-imbalanced power structures we invoke when we choose our words is important in creating the society we want to live in. The language we use tells others who we align ourselves with. When we choose not to use words carelessly or unknowingly — or not to use certain words at all — we ensure we are actively choosing the ideals we say yes to, rather than blindly accepting what has been given to us. When we select knowingly, our words pack more punch, because we mean it.

There are those who believe members of an oppressed group who use a word or phrase that has historically been used to oppress them can reclaim it, placing the power back in the mouths of those who have had agency taken from them. While we have seen this be successful in some cases, I’m not convinced it works with words referring to women; I certainly believe those who are a part of the group slurs are targeted at have the right to reappropriate those words and use them to change their meaning, but for me, at least, saying words that originated as a way to denigrate women and women’s bodies, which is the body in which I experience the world, somehow still feels like an insult to myself, going against the very principles I want to uphold.

It causes me to wonder: What are the words that refer to female anatomy I can draw from when I want to tell a female — or a male — friend they are brave or audacious or that I admire something they’ve done? I have been trying to make up the word. “Ovariesy” doesn’t really roll off the tongue and sounds like the way people eat eggs. But I am tired of words that reference my body being put-downs while words that reference a body different from mine are something to aspire to. And I am tired of my only choice being to repurpose words that originally were — and still are — used to insult my body and say it is inherently “bad.” If the female equivalents of words and phrases that reference male anatomy meant to empower sound ridiculous or laughable, we should stop and ask why.

Because you know what my body can do? Grow a person inside of it, send that person out into the world and then feed them with food it has made. Also, tell you the time of the month. And remind you all things are connected, emotionally and physically.

Basically, I’m the woman. And so are you. Doing all that plus all the other stuff you do, and still going to work when your insides are bleeding out and it feels like someone is twisting your womb like it’s a washcloth they’re wringing?

Previous Body Language
Next Adventure Through Intuition: Your guide to going wild